Veteran Nigerian playwright, dramatist and actor, Prof Akinwumi Ishola is dead. He dies at 79.
Akinwumi Ishola, who wrote the popular play, Efunsetan Aniwura, when he was a student of the University of Ibadan in 1961, died in Ibadan after age-related ailment according to a family source. 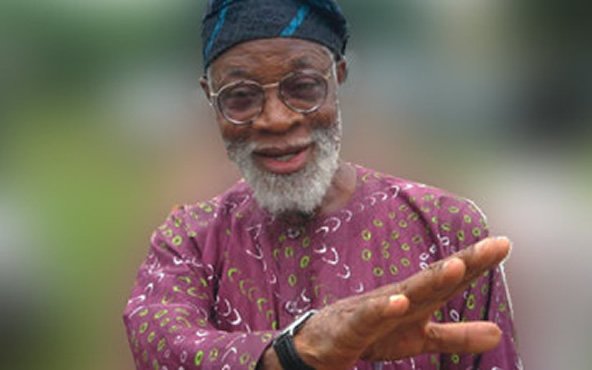 He was said to have been sick for some time and was getting better. But this morning, he died peacefully. He left a good legacy and his life was a good example for mankind.

A friend of the deceased and chairman of Kakanfo Inn and Conference Centre, Dr Lekan Are, who also confirmed the demise of the professor of Yoruba and writer of several Yoruba plays, praised Akinwunmi for his passion for Yoruba culture, language and tradition, adding that the deceased’s wife called him early on Saturday to inform him of the actor’s death.

Are said, “When his wife called me this morning, and told me that Ishola had died, I was shocked because I had visited him two weeks ago, when he told me that he was getting better. We had a vibrant discussion. He was excited to see me again.

“This is why I was taken aback by his death. He was a brilliant individual who made Yoruba history popular beyond Africa.

“He delivered lectures in Yoruba language. He wanted the language of Yoruba to feature prominently in our education system but unfortunately, this did not happen in his life time. May his soul rest in peace.”