So, the most badly kept secret in Nigeria’s political history is out.

The former Kwara State Governor said he made the move “after extensive consultations”, and that it was not a “decision that I have made lightly.”, and accused the Buhari led Government of “flagrant persecution”

Giving more reason for his decamp, he continued: 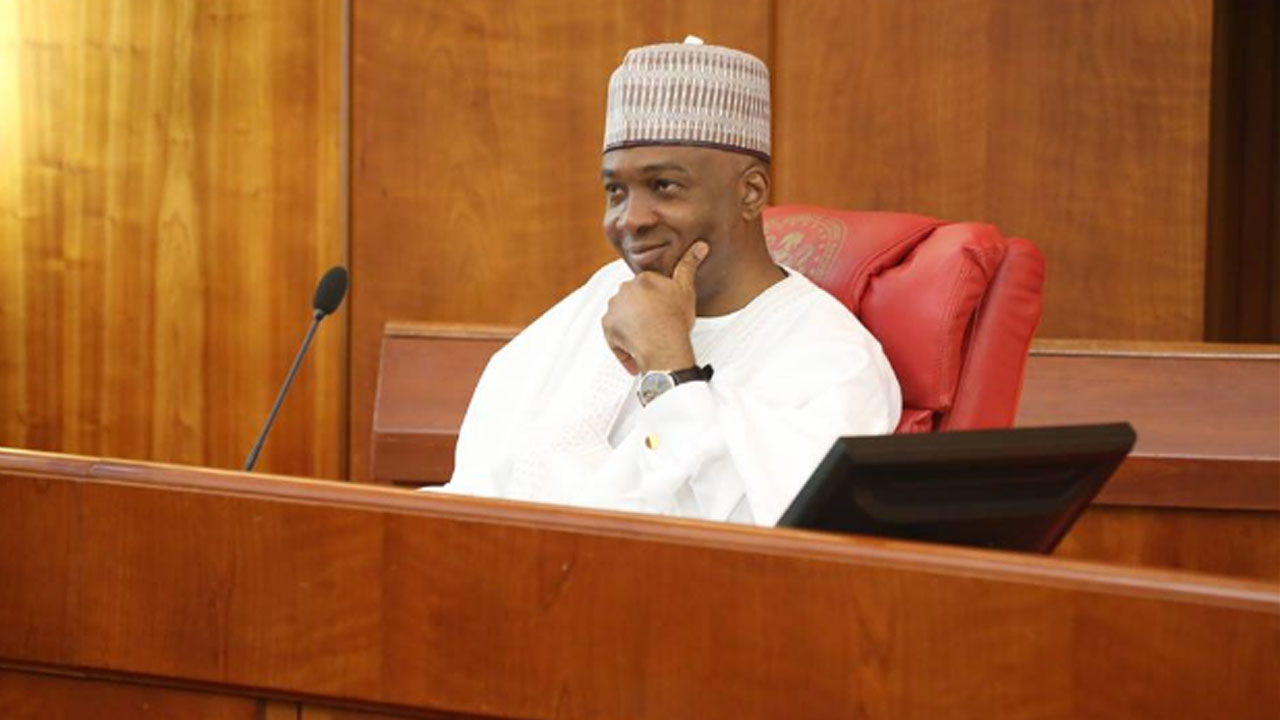 Here is the full statement released on his twitter handle:

I wish to inform Nigerians that, after extensive consultations, I have decided to take my leave of the All Progressives Congress (APC).

This is not a decision that I have made lightly. If anything at all, I have tarried for so long and did all that was humanly possible, even in the face of great provocation, ridicule and flagrant persecution, to give opportunity for peace, reconciliation and harmonious existence.

will like to emphasise that it is a decision that has been inescapably imposed on me by certain elements and forces within the APC who have ensured that the minimum conditions for peace, cooperation, inclusion and a general sense of belonging did not exist.

They have done everything to ensure that the basic rules of party administration, which should promote harmonious relations among the various elements within the party were blatantly disregarded.

All governance principles which were required for a healthy functioning of the party and the government were deliberately violated or undermined.

All entreaties for justice, equity and fairness as basic precondition for peace and unity, not only within the party, but also the country at large, were simply ignored, or employed as additional pretext for further exclusion.

The experience of my people and associates in the past three years is that they have suffered alienation and have been treated as outsiders in their own party. Thus, many have become disaffected and disenchanted.

At the same time, opportunities to seek redress and correct these anomalies were deliberately blocked as a government-within-a-government had formed an impregnable wall and left in the cold, everyone else who was not recognized as “one of us”

This is why my people, like all self-respecting people would do, decided to seek accommodation elsewhere.

I have had the privilege to lead the Nigerian legislature in the past three years as the President of the Senate and the Chairman of the National Assembly.

The framers of our constitution envisage a degree of benign tension among the three arms of government if the principle of checks and balances must continue to serve as the building block of our democracy.

In my role as the head of the legislature, and a leader of the party, I have ensured that this necessary tension did not escalate at any time in such a way that it could encumber Executive function or correspondingly, undermine the independence of the legislature.

I have made great efforts in the overall interest of the country, and in spite of my personal predicament, to manage situations that would otherwise have resulted in unsavoury consequences for the government. My colleagues in the Senate will bear testimony to this.

However, what we have seen is a situation whereby every dissent from the legislature was framed as an affront on the executive or as part of an agenda to undermine the government itself.

The populist notion of anti-corruption became a ready weapon for silencing any form of dissent and for framing even principled objection as “corruption fighting back”.

Persistent onslaught against the legislature and open incitement of the people against their own representatives became a default argument in defence of any short-coming of the government in a manner that betrays all too easily, a certain contempt for the Constitution itself…

Unfortunately, the self-serving gulf that has been created between the leadership of the two critical arms of government based on distrust and mutual suspicion has made any form of constructive engagement impossible.

Therefore, anything short of a slavish surrender in a way that reduces the legislature to a mere rubber stamp would not have been sufficient in procuring the kind of rapprochement that was desired in the interest of all.

I have no doubt in my mind, that to surrender this way is to be complicit in the subversion of the institution that remains the very bastion of our democracy.

I am a democrat. And I believe that anyone who lays even the most basic claim to being a democrat will not accept peace on those terms; which seeks to compromise the very basis of our existence as the parliament of the people.

The recent weeks have witnessed a rather unusual attempt to engage with some of these most critical issues at stake.

Unfortunately, the discord has been allowed to fester unaddressed for too long, with dire consequences for the ultimate objective of delivering the common good and achieving peace and unity in our country.

Any hope of reconciliation at this point was therefore very slim indeed. Most of the horses had bolted from the stable.

The emergence of a new national party executives a few weeks ago held out some hopes, however slender.

The new party chairman has swung into action and did his best alongside some of the Governors of APC and His Excellency, the Vice President. I thank them for all their great efforts to save the day and achieve reconciliation.

Even though I thought these efforts were coming late in the day, but seeing the genuine commitment of these gentlemen, I began to think that perhaps it was still possible to reconsider the situation.

However, as I have realized all along, there are some others in the party leadership hierarchy, who did not think dialogue was the way forward and therefore chose to play the fifth columnists.

These individuals went to work and ensured that they scuttled the great efforts and the good intentions of these aforementioned leaders of the party.

Perhaps, had these divisive forces not thrown the cogs in the wheel at the last minutes, and in a manner that made it impossible to sustain any trust in the process, the story today would have been different.

For me, I leave all that behind me. Today, I start as I return to the party where I began my political journey, the Peoples Democratic Party (PDP).

When we left the PDP to join the then nascent coalition of All Progressives Congress (APC) in 2014, we left in a quest for justice, equity and inclusion; the fundamental principles on which the PDP was originally built but which it had deviated from.

We were attracted to the APC by its promise of change. We fought hard along with others and defeated the PDP. In retrospect, it is now evident that the PDP has learnt more from its defeat than the APC has learnt from its victory.

I am excited by the new efforts, which seeks to build the reborn PDP on the core principles of promoting democratic values; internal democracy; accountability; inclusion and national competitiveness; genuine commitment to restructuring and devolution of powers…

What we have all agreed is that a deep commitment to these ideals were not only a demonstration of our patriotism but also a matter of enlightened self-interest.

What the experience of the last three years have taught us is that the most important task that we face as a country is how to reunite our people. Never before had so many people in so many parts of our country felt so alienated from their Nigerianness.

Therefore, we understand that the greatest task before us is to reunite the county and give everyone a sense of belonging regardless of region or religion

Every Nigerian must have an instinctive confidence that he or she will be treated with justice and equity in any part of the country regardless of the language they speak or how they worship God.

This is the great task that trumps all. Unless we are able to achieve this, all other claim to progress, would remain unsustainable. This is the task that I am committing myself to and I believe that it is in this PDP, that I will have the opportunity to play my part.

It is my hope that the APC will respect the choice that I have made as my democratic right, and understand that even though we will now occupy a different political space, we do not necessarily become enemies unto one another.