The Africa International Film Festival (AFRIFF) is set to send another set of film students on scholarship – this time, to CineFabrique, a film school in Lyon, France.

The scholarship is the third in the series, whereby 20 students are selected from the 200 that participated in the AFRIFF Talent Development Workshops annually for further training abroad. The talent workshop is an intrinsic part of the festival programmes that has held sway for seven years. 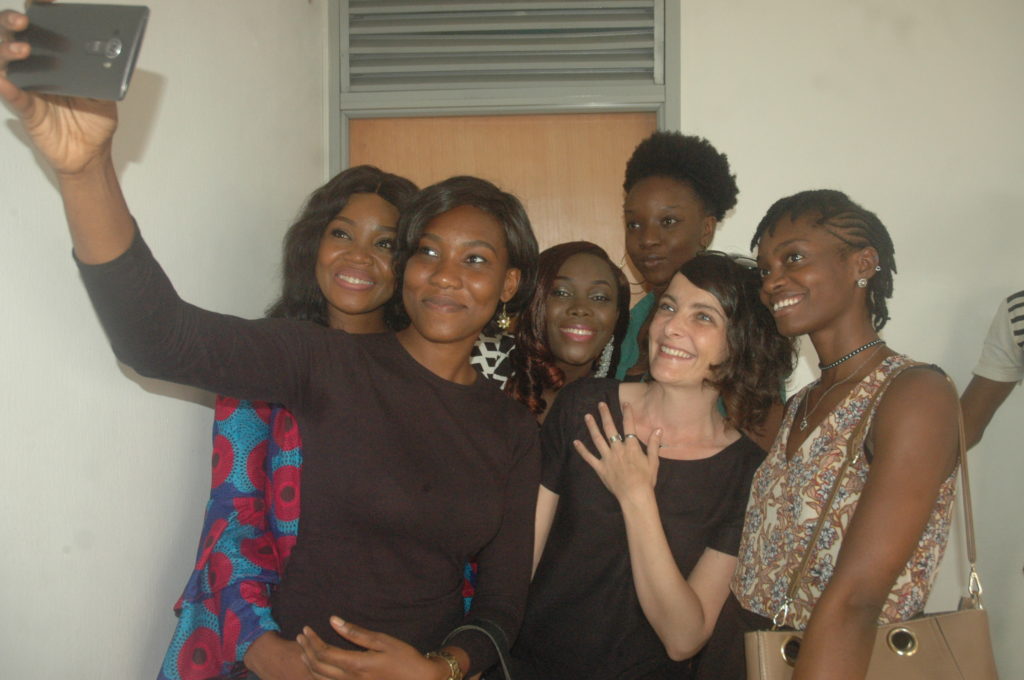 Unveiling the next set of beneficiaries at a press conference attended by representatives of partner institutions – Ford Foundation and Alliance Francaise on Wednesday, AFRIFF Founder/CEO, Ms Chioma Ude said all is set for the 20 students selected from last year’s workshop to embark on the training – a six-week summer course in the French city.

The initiative, she said, provides beginners and intermediate courses for young people in their choice areas of filmmaking.

Shedding light on this, Mr. Paul Nwulu, Program Officer at Ford Foundation said the scholarship scheme, meant to advance the aspirations of these burgeoning talents, is an intensive hands-on training camp on various aspects of filmmaking.

“What we have done for the last two years was to use the AFRIFF to select young filmmakers who went to Montana State University in the U.S. to do an extensive course on documentary filmmaking, focusing on social justice documentaries. And that focus was because that is what Ford Foundation is interested in. We are looking at issues that make the lives of human beings better, so, the young people went there to learn these issues.”

He said Ford Foundation will only cater for 10 of the students who are females because the previous editions had more male participation, adding that his institutions is also concerned with advancing the career of women.

“One of the things that make this year unique is that we actually asked AFRIFF to focus on young women to tell these stories and why we did that is because we looked at the data for the first two years, we trained about 36 young people over the first two years and women were ‘marginalized’ in that process. We had less than half of women and we felt like, if we look at our society today, women are the most ‘marginalized’ groups in our society. Even though they make half the population of this country, they are nowhere in our parliament in this country; we have less than five percent of women there. Also, look at governor’s appointed positions; we have a lot less women than any other country in the region.”

The last two seasons had Ford Foundation bankrolling the scholarship at the prestigious Montana State University, United States. Nwulu said the Foundation is encouraged to support AFRIFF on the scholarship because feedback from previous efforts has been laudable.

“This year, we have decided to move the location from Montana to Lyon, France to give a different type of experience, and for Ford Foundation, one of the reasons why we decided to partner AFRIFF is because, if you look at very viable partners that are dealing in the space of storytelling, AFRIFF is one of them, with their film festival and their engagement in trying to get African stories out to a global audience. We could not ask for a better partner to work with.”

As a prerequisite to the six-week summer course in France, the students from the 2016 AFRIFF class will be exposed to a requisite French language tutorial at the popular Alliance Française in Lagos.

According to Mrs Emmanuelle Ravot, Deputy Director/Director of Studies at Alliance Francaise, the French lesson is expected to prepare the students in the areas of French courtesies and cultural background, even though the students will be taught filmmaking in English language.

After the course, they are expected to be taken on a tour of Paris and its beautiful sites, including France 24 where plans are on to make them go through brief internship.

“AFRIFF’s vision is to raise awareness about African cinema, its vast potential and the tremendous socio-economic impact of creative professionals in Africa. The first four years of the festival were strategically intended to build the AFRIFF brand and gain the brand notoriety that has now earned us partnership with global brands like Access Bank, Air France, Ford Foundation, Relativity Media, British Council and Alliance Francaise among others,” she said.