“A King Will Always Be A King” – Obi Cubana to Davido

“A King Will Always Be A King” – Obi Cubana To Davido 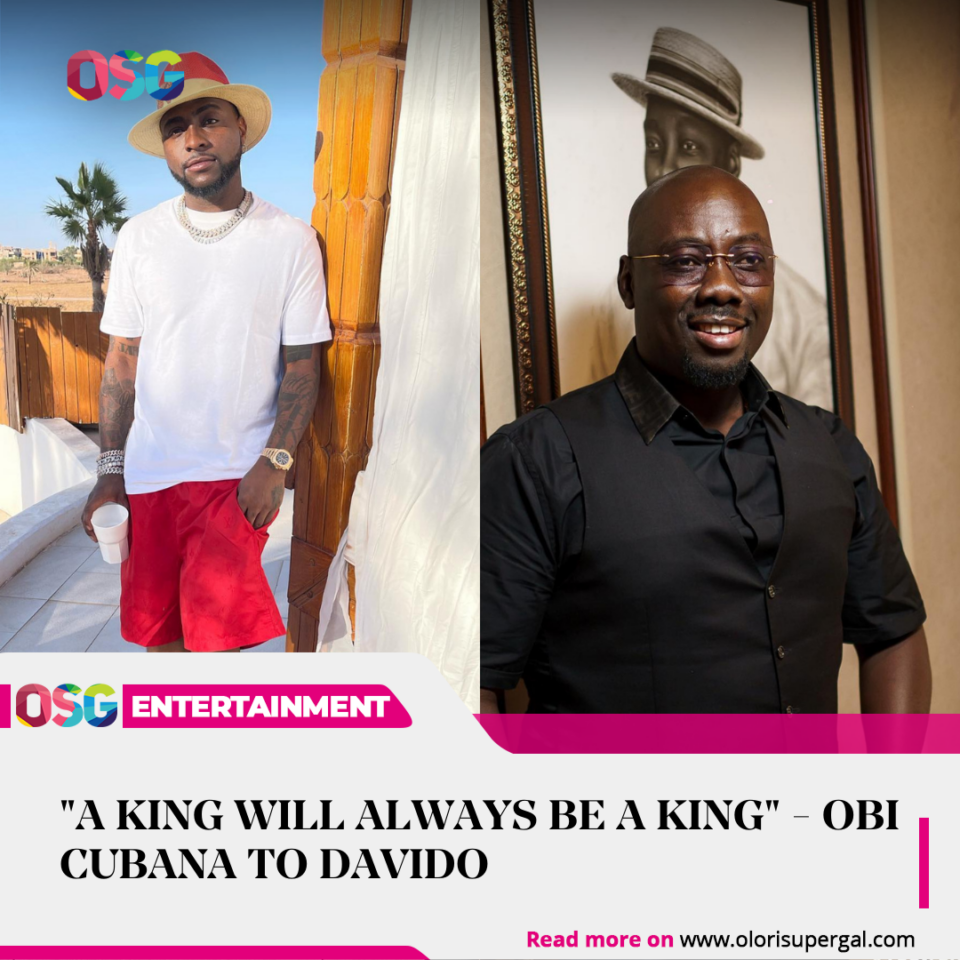 Nigerian singer, Davido, recently left many, including billionaire businessman, Obi Cubana, in awe of his kindness after he donated over N250 million to orphanages across the country.

Recall that several of the singer’s friends and fans had donated at least N1 million to Davido ahead of his 29th birthday. The money donated reached a total of N201 million and the singer decided to give it all including N50 million of his own to charity.

Taking to his Instagram page, Obi Cubana reacted to the development with words of praises and admiration for Davido.

The socialite who was touched by the singer’s kind gesture to the needy celebrated him. According to him, giving out to the needy is not about how much a person has but having the mind to help when given the opportunity.

Not stopping there, the businessman described Davido as a king while thanking him for impacting the world positively. He added that people rise by lifting others and together, they can all make the world a better place.

Read his words below: