It is no longer news that two of the most popular female rappers in America have not been seeing eye to eye. Cardi B and Nicki Minaj had an altercation earlier this year during a public event which left Cardi B with a knot to her forehead. Nicki Minaj later opened up about it on her Queen radio show but Cardi B never directly opened up about it.

Well to cut the long story short, the two took to their social media accounts yesterday to open up about everything and it was a mess. Along the line, Nicki Minaj stated that she got a deal from popular designer Steve Madden but rejected it and the deal was later offered to another rapper, Iggy Azalea. Steve Madden took to Twitter to tag Nicki Minaj “a liar”, see post below- 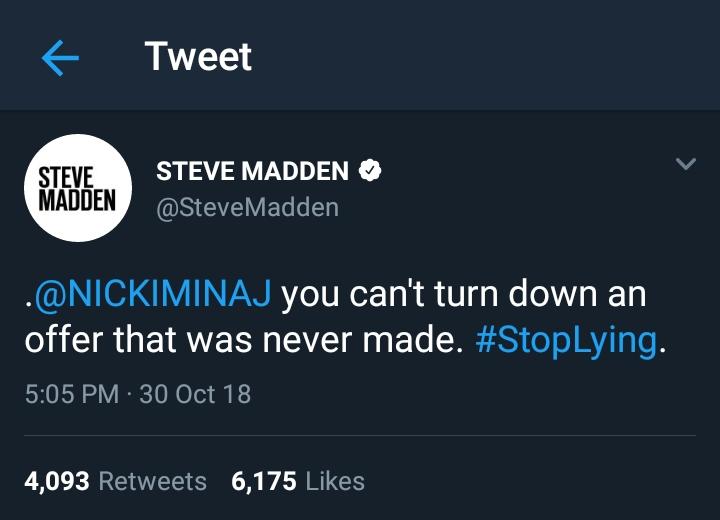 Popular New York rapper, 50 cent took to his Instagram page to also tag Steve “a lair” and even came with some receipts. See post below 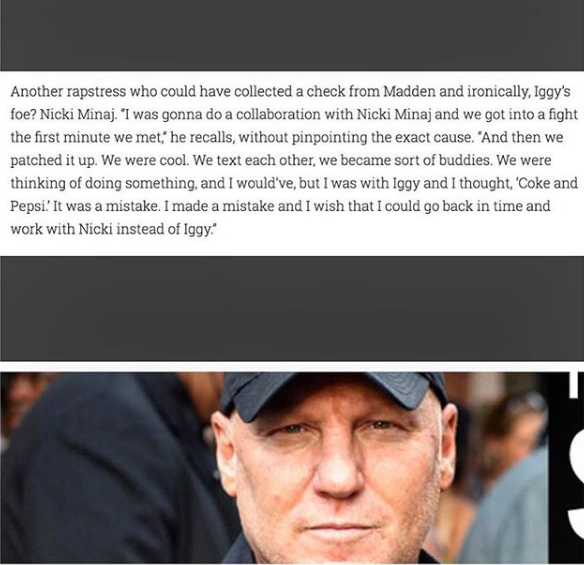 Popular writer, Adelle Platon also stepped in to confirm that Steve’s claims were in fact false. She stated that she had an interview with the designer in 2015 where he opened up about him and Nicki Minaj.See post below – 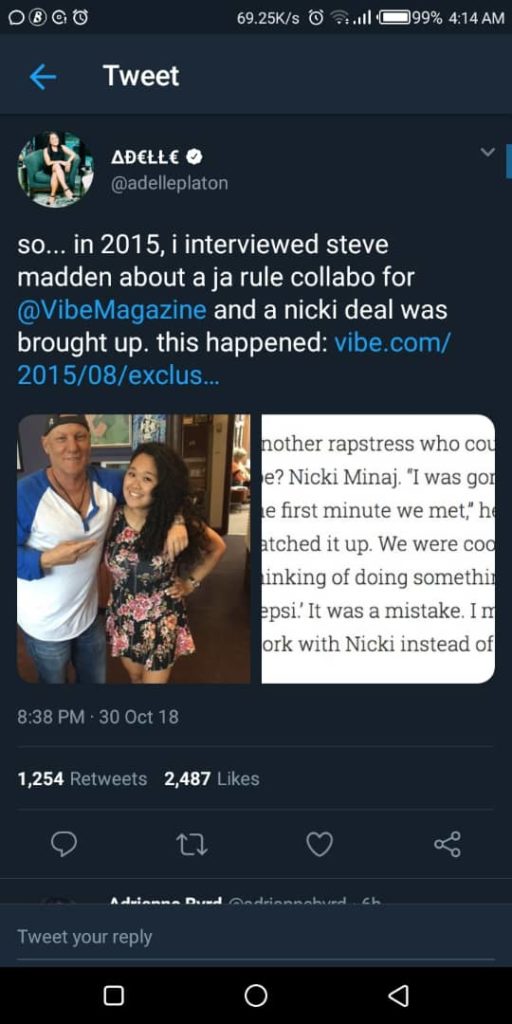 Iggy Azalea wasn’t going to be part of any lies, the rapper also took to her twitter page to respond to Steve – 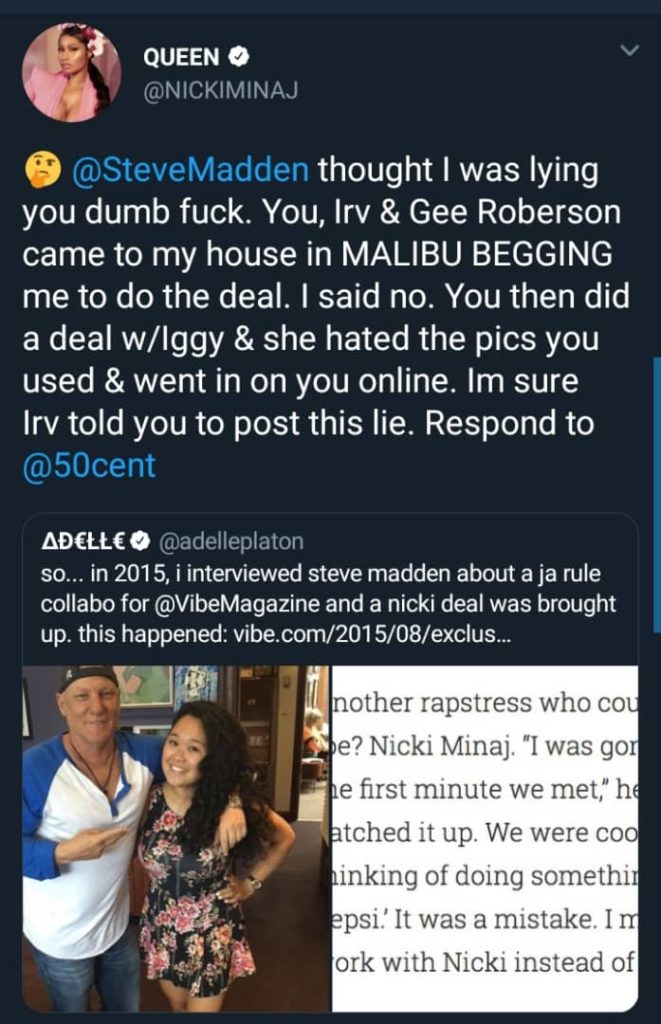 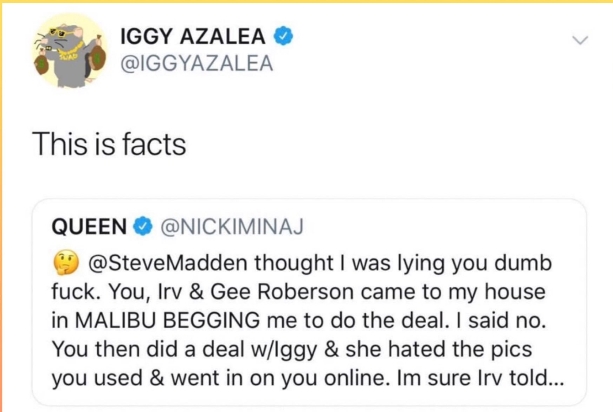 Looks like nobody is safe when it comes to the beef between Cardi B and Nicki Minaj. Even “the shaderoom” (a popular American blog) has been dragged into the whole thing. Cardi B called them out for being “shady” in a post and delete. The blog responded by denying Cardi’s allegations of hiding her comment, see post below- 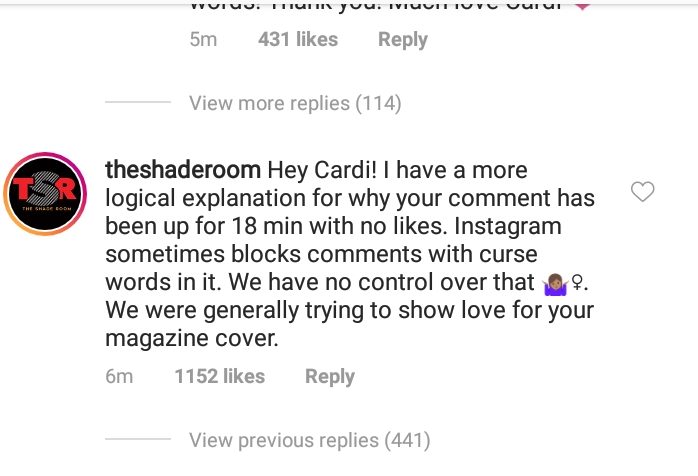 The shade room responds to Cardi B

Nobody is safe on these streets, we’ll keep watching.

The Beat London joins forces with the ...