Rumors have been circulating concerning Kanye West‘s comments about Nelson Mandela, who passed away last week in South Africa.

According to various reports, Yeezy was calling himself the next Nelson Mandela and making comments that made all of his accomplishments seem trivial.

Kanye responded to the allegations saying, “Despite recent media reports, I’ve never said anything to dishonor or trivialize the life or transition of one of the most inspiring leaders.”

‘Ye even took to his Twitter to address the rumors: 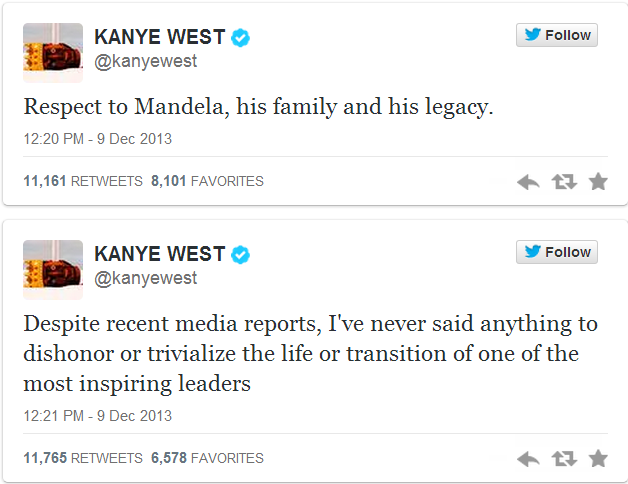 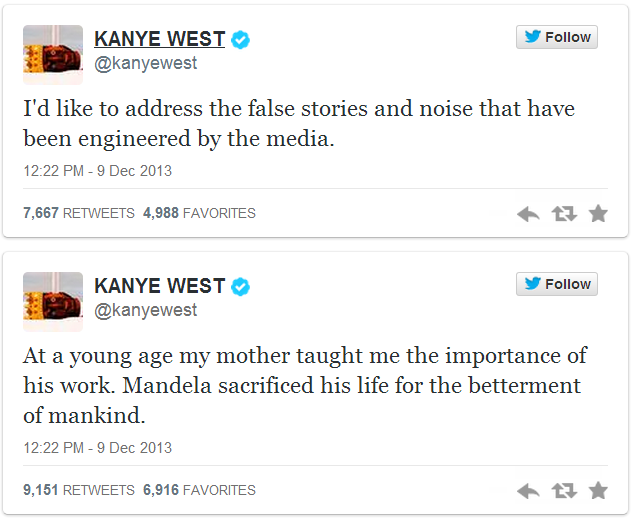