With 3million Naira Up For Grabs, Friends Can Truly Stay Friends With Quickteller

Friday night turn up is probably the next best thing since ‘Barney and Friends’ when it comes to hangouts and fun activities, and Quickteller is giving 3 million reasons you should definitely not miss the next hangout with your crew. Ask Emeka, Taiwo and Benjie; best friends since high school, through university and now comrades in the Lagos hustle.

When out with friends there’s always that one friend who laughs at every joke, has a story to tell and is generally the life of the party, but when it’s time to pay for the fun…well, let’s just say that it suddenly ceases to be funny.  There’s always a story about how his bank account is linked to his grandfather’s own, how internet banking is not working, blah! blah! blah! 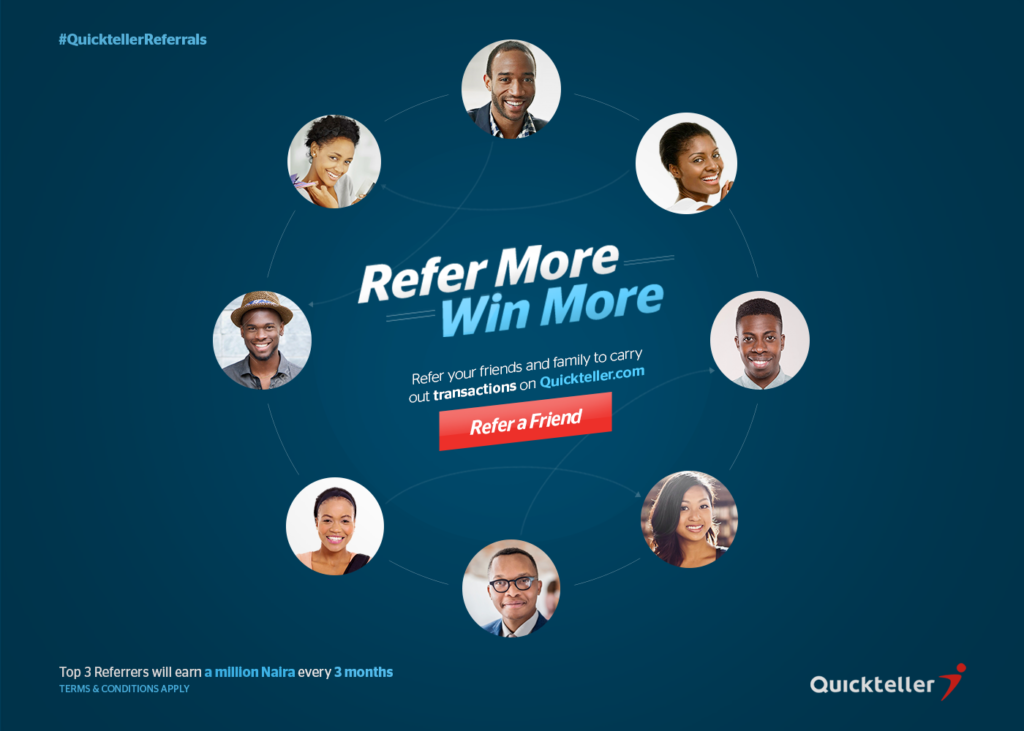 Taiwo’s excuses are always an epistle when it comes to that time of the hangout. Two weeks ago, they were hanging out and as usual Taiwo was about to start another story, but his friends had had enough of his excuses and Benjie just told him point blank; “Taiwo shut up and pay!” Emeka always saves the day; fat wallet gang!

Thanks to Emeka who’s always quick to save the day, he has found a way to smile when paying for their hangouts; it’s awesome for him because he gets paid anytime his friends use Quickteller for bill payments, funds transfers, Cable TV subscription, Airtime Recharges and Data subscriptions.

Be like Emeka, make money by helping your friends make payments faster and easier. Here’s how it works; got a friend still stressing about payments? Get them to sign up on Quickteller and you get rewarded.  Even better, REFER up to five (5) people to sign up and you get N1000!

There’s more; Now, the top three referrers at the end of every quarter gets N3 million, no raffles, no draws, just refer and win, it’s that simple!

REFER A FRIEND NOW. Friends with money are happier together!

3 Reasons Why Fashion Has no Rules