Hip-hop star, 2face Idibia, has launched a counter attack on former band mate Blackface who has been making claims of song theft among others against him (TuFace)

In a letter sent through his lawyers, Seun Omotoba & Co, 2face demanded that Blackface apologizes for all the defamatory remarks he had made about him.

The letter dated May 5, gave Blackface a one-week ultimatum to retract his statements or face legal actions. 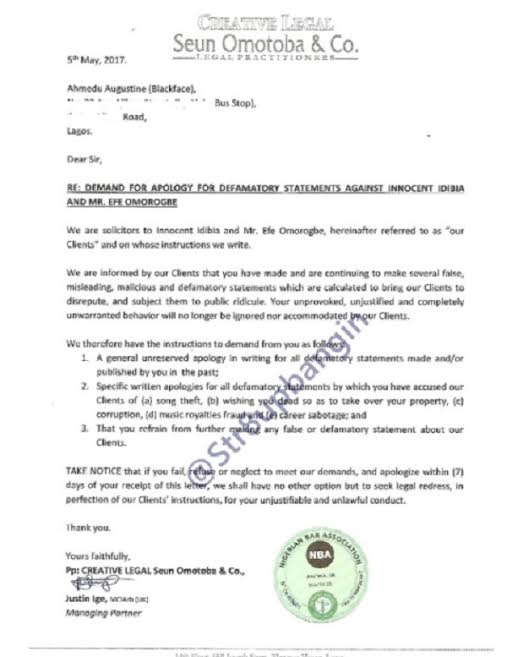 Blackface recently said that a 2face song, ‘Let Somebody Love You’, was originally his. He also claimed that he had not yet been compensated for writing African Queen.

“2face sang my song (Let Somebody Love You) and featured an American artiste, Bridget Kelly. His manager published it without my permission,” he had said.

The notice given to Blackface expires today.