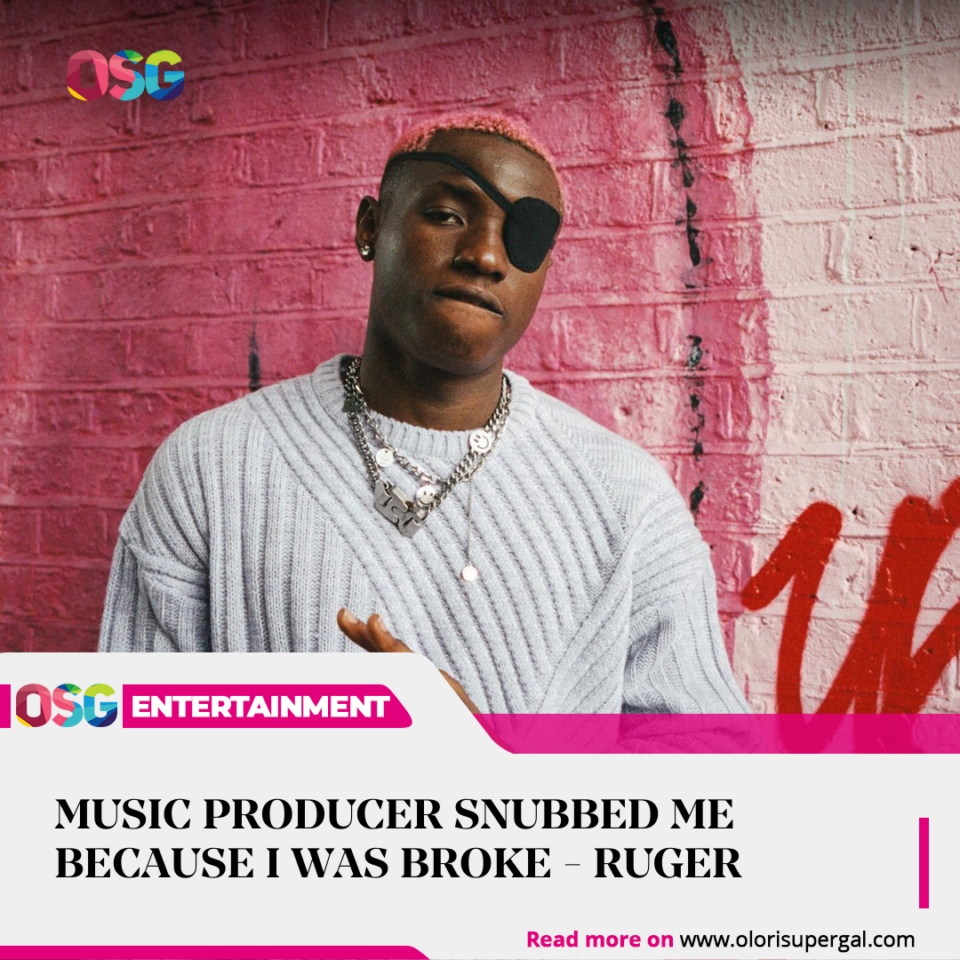 Nigerian singer, Michael Adebayo Olayinka, better known as Ruger, on Friday called out a music producer who snubbed him in 2019 because he didn’t have money.

The Dior crooner, on his Twitter page, said that he had reached out to the undisclosed producer when he was up-and-coming but the latter didn’t give him a listening ear.

Ruger further disclosed that the same producer had sent a direct message to him recently following the success of his hit songs, Bounce and Dior.

The singer, known for wearing an eye patch, further asked his fans how he should respond to the producer’s message.

“I remember back in 2019, I reached out to a producer. I told him I don’t have money but he should please just hear me out. Baba no gree oo. Now hin Dey my DM dey yarn dust. Please my people, how should I reply to him? Please help me.”

Ruger came into lime-light in 2021 after he signed a record deal with D’Prince of Jonzing world record.