“You now have the boldness to flaunt your boyfriend on social media” – Actress, ifemeludike Chioma slams crossdresser, James Brown,

“You now have the boldness to flaunt your boyfriend on social media” – Actress, ifemeludike Chioma slams crossdresser, James Brown, 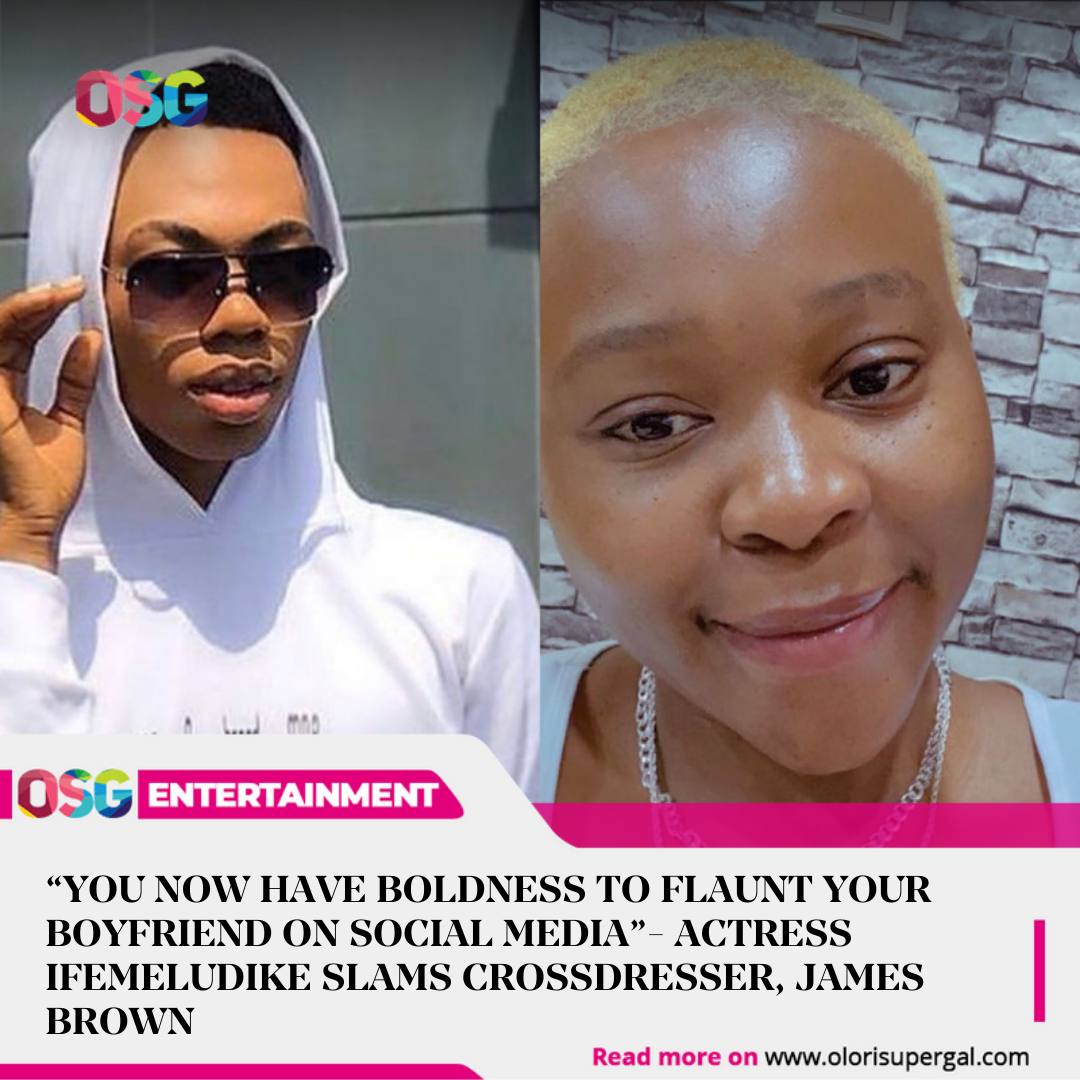 Nollywood actress, ifemeludike Chioma, took to her Instagram page to slam Nigerian crossdresser, James Brown for showing off his boyfriend on social media.

In a template she posted, she called out James Brown for hiding behind crossdressing to glorify a bad act forgetting young men look up to him.

In her caption, she wrote,

“Since the inception of humanity, the concept of male and female copulation for pleasure and reproduction is the only acceptable and natural way but trust humans to always want to challenge Go like they are planning to abandon earth and relocate to Mars.

“I don’t even care if the entire western and European countries support this lifestyle through their laws, the truth remains that it is an alien culture between humans, even worse in Africa.

“As a Christian, Homosexuality is a sin before God and man and must be publicly condemned by any society that doesn’t want to incur the wrath of God! I don’t support violence on people who are found living this way but with love, preaching and counselling we can win their souls back to Christ.

“It doesn’t matter if you practice this lifestyle in the public or private place just bear in mind that you’re living upside down and must return to default setting. James Brown Flaunting this lifestyle in the way you did on your social media platform where thousands of teenage boys follow you is totally unacceptable…