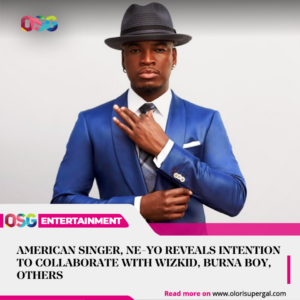 He said this during a press conference with Flytime music on 22nd December as he was set to headline the music festival on the same night.

Speaking at the conference, he stated that he never knew he had such a fan base in Lagos.

He said, “I remember being pleasantly surprised the first time I came to Lagos, Nigeria. I genuinely had no idea that I had such an amazing fan base here”.

The Miss Independent crooner then talked about the Nigerian style of music, afrobeats, and his intention to delve into the genre.

He said, “For me to sit with producers and go and be like, ‘Let’s do some afrobeat today’, I’ll feel like an imposter.

“I’m just waiting on a phone call basically. I don’t have anybody’s number for me to call. I’m waiting for them to call me.”