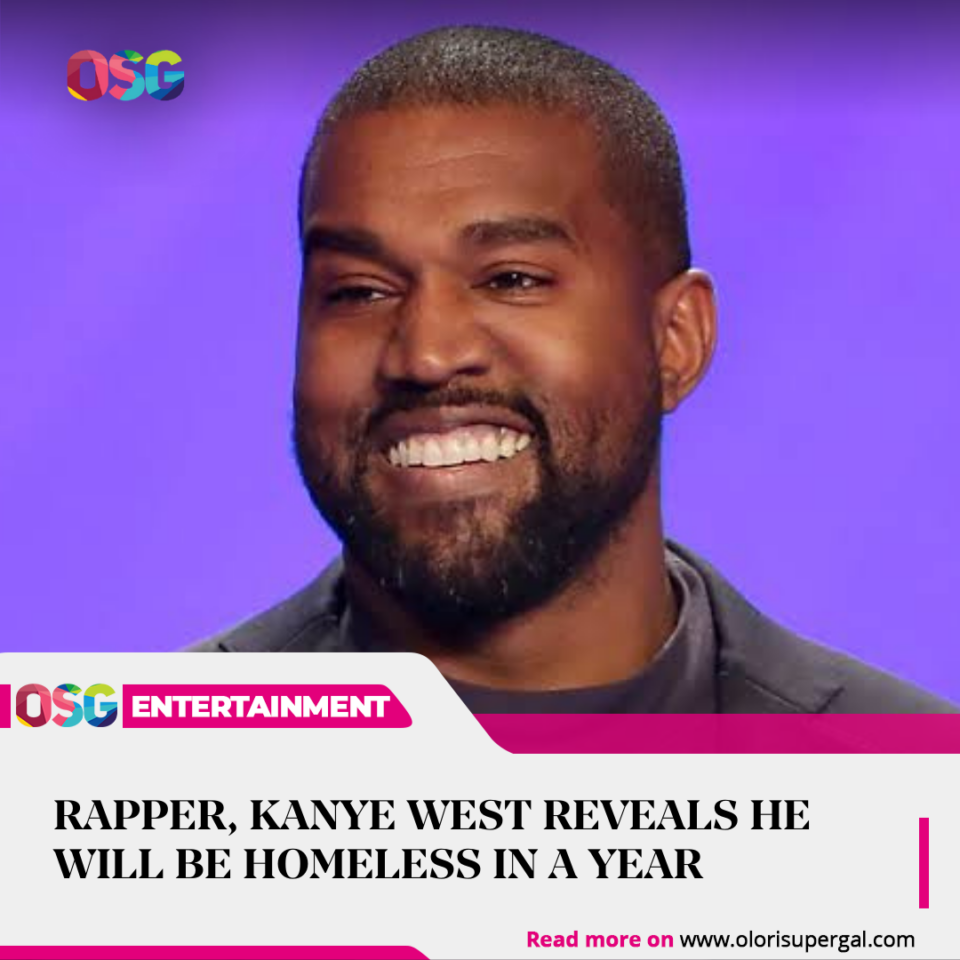 American rapper, Ye, known by his former name Kanye West, has revealed that he is going to be homeless in a year.

The 44-year-old fashion designer who has racked up properties all over the world in between his successful career, including his much-publicized ranch in Wyoming, has revealed that he plans to turn his houses into churches.

In an interview with culture magazine 032c, the ‘DONDA’ rapper spoke of how society needs to progress.

“We are under capitalist rule, and it’s killing us. It’s time to change that.

“I’m going to be homeless in a year. I’m going to turn all the homes I own into churches. We’re making this orphanage, and it will be a place where anyone can go.

“It should be like an artist commune. Food should always be available.”

Ye turned his attention to ending homelessness in LA and met with LA Mission CEO Reverend Troy Vaughn last month when he dropped off 1,000 meals to the organization.

According to TMZ, the Grammy Award-winner is thought to have ‘laid out four ways he can help the homeless’ after visiting the Skid Row area of the city.

Kanye West is reportedly planning to feed the homeless population by establishing a working relationship with organizations across LA and will be using his own companies to help provide education, housing, and jobs for those on the streets.

prototypes for an ambitious housing project to ease homelessness in LA back in 2019.

However, the dome structures were torn down after it was alleged that the rapper didn’t have the proper permits.

He later shared plans to build an eco-village and children’s ranch using the same domes.

Recall that last week, West repeated his wish for a reconciliation with his wife, Kim Kardashian during a benefit concert with fellow artist Drake.

However, despite his public bid, Kardashian has reiterated her desire to divorce the rapper.