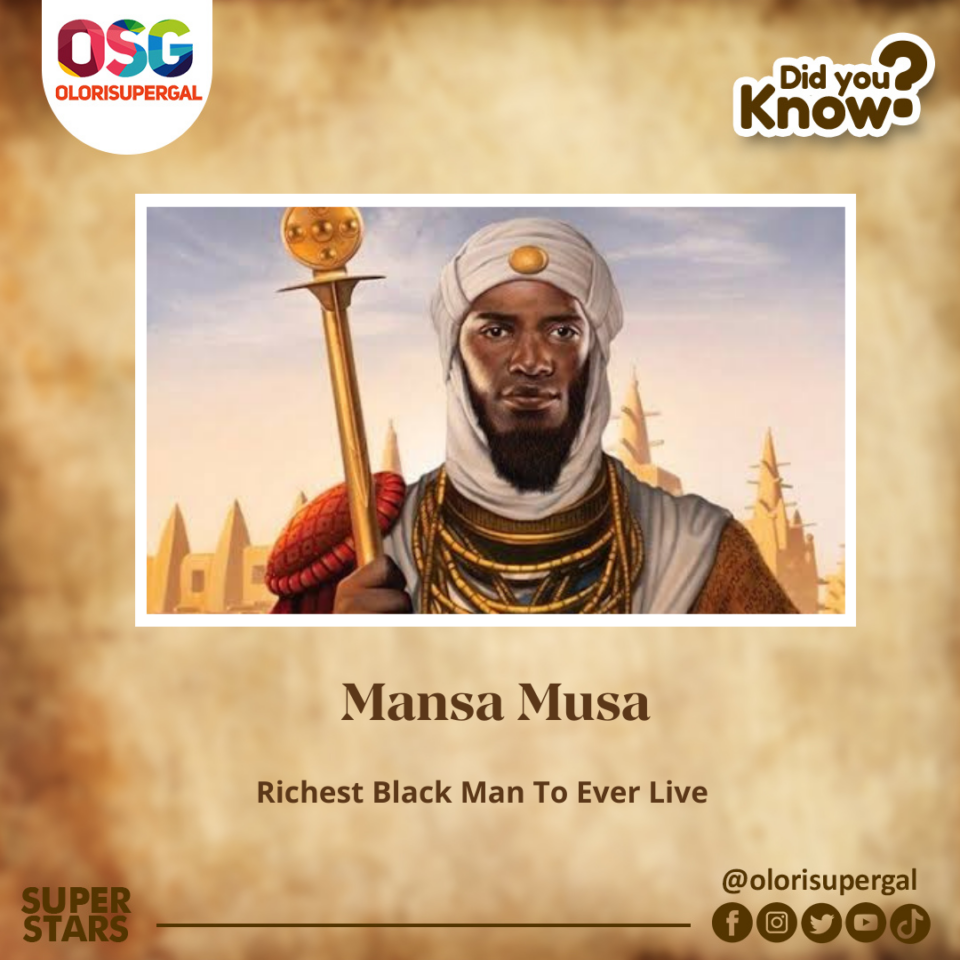 Mansa Musa, also known as Musa I of Mali was the ruler of the sprawling Mali empire, which stretched from the Atlantic coast in what is now Senegal to near the southern border of present-day Algeria.

Mali’s exports of gold, copper, salt, and ivory made the empire, and Musa I, immensely wealthy; so wealthy that many believe him to be the richest person who ever lived. A devout Muslim, he undertook his hajj pilgrimage to Mecca in 1324 and, while stopping to visit Egypt, gave away so much gold that the commodity’s price in the country plummeted, not recovering until more than a decade later.

His entourage supposedly included 80 camels carrying 300 pounds of gold each and 500 slaves clutching golden staffs, and horses bearing all types of luxury goods.

Musa’s legacy extends far beyond fantastical tales of incalculable wealth. He brought architects and scholars back from his pilgrimage and built mosques and universities, famed the world over, and developed sophisticated cities like Gao and Timbuktu.

By the time he died in 1337, the Mali empire was widely known as a complex, advanced civilization. In the subsequent decades, while Europe was struggling through the Hundred Years’ War, Mali prospered.