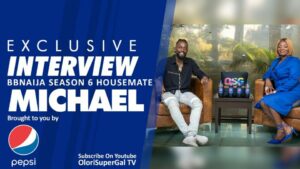 Michael Chukwuebuka Ngene was the eleventh housemate evicted during the live eviction show of Big Brother Naija season 6 edition on 5th September 2021.In his interview with Sergeant Olori, Michael said the two weeks late entry into the house somehow affected being favourite of fans.

Taking a look into his relationship with JackieB, Michael described the house as a weird environment and because of this, emotions fluctuate. They both decided to put things on hold. 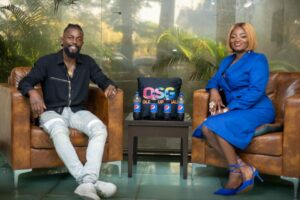 Speaking about leaving the house as the richest housemate after spending only three week, Michael counts it as grace. He also said winning shows a lot about his work ethic. He recalled when he had no money in his wallet.

He noted that he would miss all the housemates but for different reasons. Focusing on Angel, he said she is a deep, good person and has a lot to offer.

An interesting and moment-filled time Michael had with Olori. You can’t afford to miss a word from the Wakanda of the SHINE YA EYE edition.