Singer and songwriter Tiwatope Savage, better known as Tiwa Savage has taken to her Instagram story, to remember the late Obama DMW. 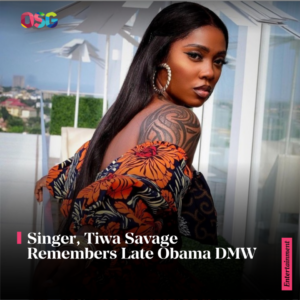 She posted a picture of Obama DMW and wrote “It still hurts” with an emoji of a broken heart.

Recall that Obama DMW whose real name is Habeeb Uthman died on Wednesday, 29th June 2021, after complaining of breathing difficulty.

He has since been buried according to Islamic rite.