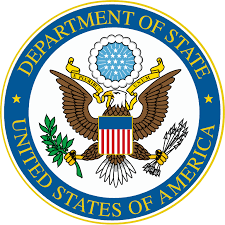 The United States Government and the Department of State has issued a level 3  security risk to citizens traveling to Nigeria.

A level 3 security risk means the Department id advising its citizens who intend to travel to the West African country should reconsider their decision as most parts of the country is not safe.

This won’t be the first time the US government has issued such a ‘notice’ to its citizens traveling to Nigeria as it happened back July 2020 when terrorism and the activities of the deadly extremist group Boko Haram was on the rise in the country.

The Department of State mentioned some places like the Borno State, Yobe State, northern Adamawa State as States its citizens should avoid traveling to due to the rise of terrorism and kidnapping in those States.

The mentioned States like Bauchi, Gombe, Kaduna, Katsina and Zamfara as places that has the high level of kidnapping.

States like coastal areas of Akwa Ibom, Bayelsa, Cross River, Delta and Rivers (with the exception of Port Harcourt) were also labelled as crime, kidnapping and maritime crime prone areas citizens to avoid traveling to. 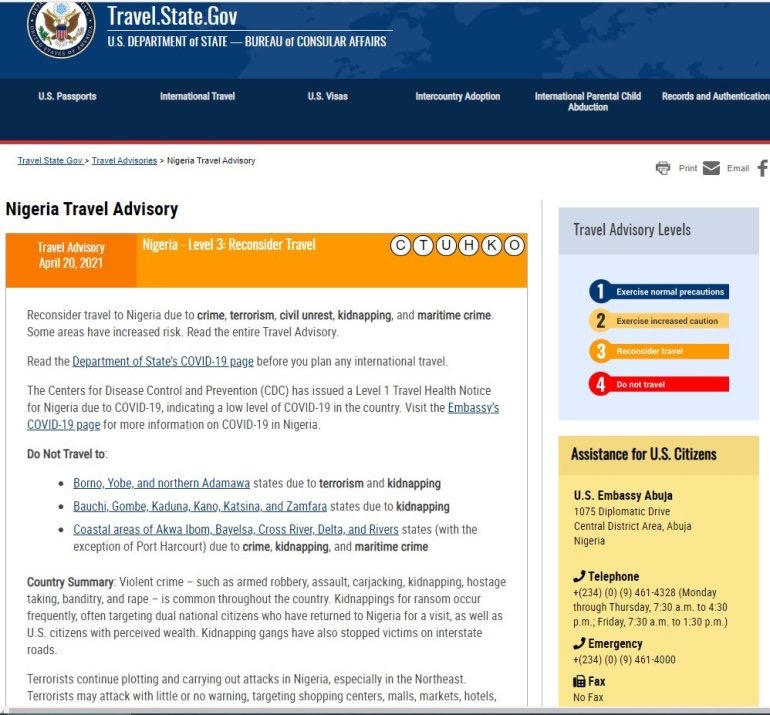 There has been a rise of kidnapping, crime, and killings in Nigeria right now especially in Kaduna State where two students from the Greenfiled University were abducted and killed by some bandits few days ago.

A level 3 security risk is the last resort before a government issues a ‘travel ban or do not travel’ to any country they think not safe for its citizens to travel to.