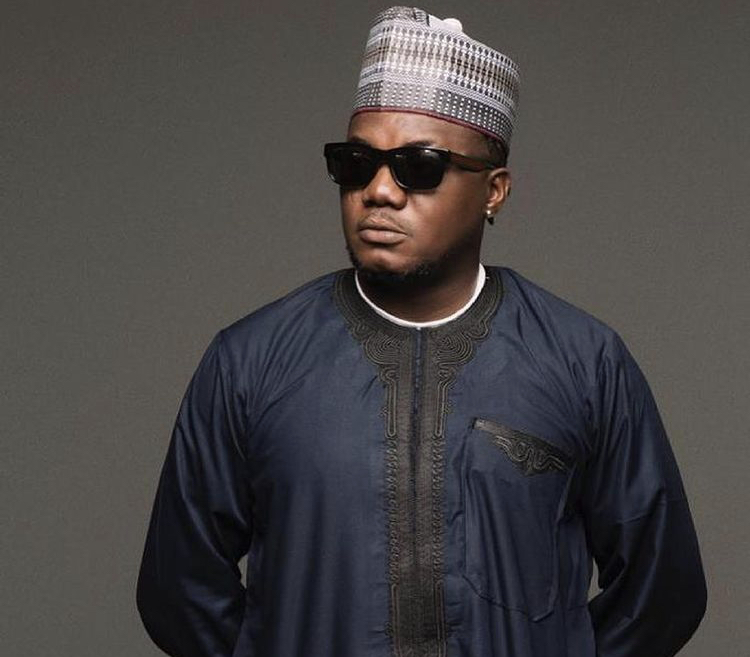 Rapper Sodiq Abubakar Yusuf, known professionally as CDQ, has released an official statement after he was arrested by NDLEA officials for allegedly being in possession of Cannabis.

Recall that CDQ was reportedly been busted by the National Drug Law Enforcement Agency (NDLEA) on suspicion of cannabis possession.

Giving details of what caused his arrest, NDLEA Spokesman, Femi Babafemi confirmed that the rapper was arrested for drug possession adding that the 35-year-old had been granted bail but remained under investigation.

Speaking to the PUNCH, Babafemi noted that CDQ mentioned names of other artistes who use the substance known on the street as ‘loud.’

‘Yes, CDQ was arrested in his house at Lekki for being in possession of cannab is. He was arrested based on intelligence. As of last night, he was granted administrative bail, but he is expected back into custody today because it is an ongoing investigation.

Some substances were found and he mentioned some names of some other big artistes. So, it is an ongoing investigation The outcome of the investigation would determine what would happen. There are cases whereby the investigation shows some sufficient infractions, and then the case will go to court. There are other cases whereby if the quantity is insignificant, we will bring him in for counselling and possible rehabilitation. Those are likely scenarios that will happen,’ Babafemi said.

He has now released an official statement.

He added that he has instructed his lawyers to ensure that matter, including “defamatory statements by several persons” is “followed to a logical end”. 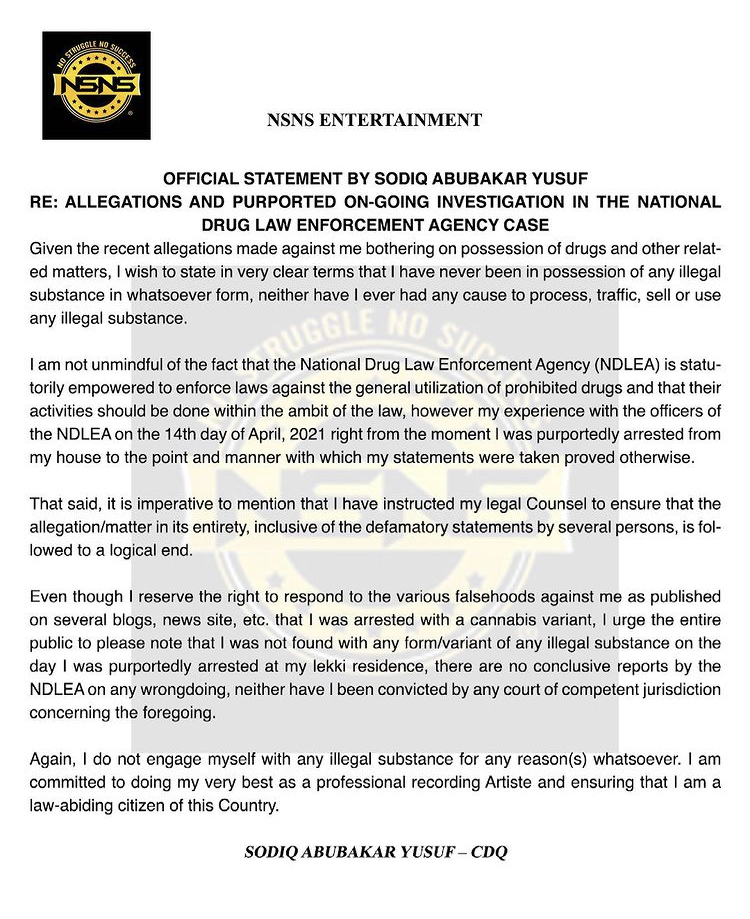