“We Are Not A Collection Of Angels” – Nigerian Police Says 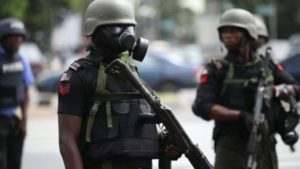 The Nigerian Police Force have stated that they are not a collection of angels but have been established to serve the citizens of Nigerians better.

This comes after accusations by the Nigerian populace that they have been attacking and brutalizing the youth which largely led to the disbandment of the Special Anti-Robbery Squad (SARS) following a massive protest.

Taking to their official Twitter handle, @PoliceNG, they wrote,

“We are not a collection of angels, but we are doing our best to serve you better” 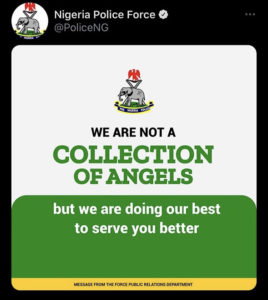