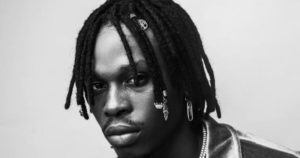 In the spirit of celebrating its serial winning exploits during the 2019/2020 soccer season, Bayern Munich has created a video using Nigerian Fireboy’s song, ‘Champion’ as its soundtrack.

This is indeed a great feat for Fireboy, his team, YBNL and EMPIRE, their distribution company.