Bah Ndaw, who was chosen to head a transitional government following a coup last month, has been sworn in as Mali’s interim president in Bamako, Mali. 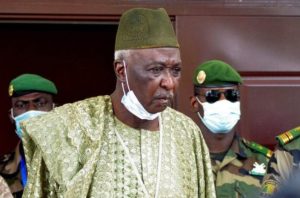 Bah Ndaw is a 70-year old retired colonel and he was selected by a committee appointed by the military junta that seized power on August 18, toppling president Ibrahim Boubacar Keita.

Bah Ndaw is to lead a transition government for a maximum of 18 months before organising national elections. In his speech, Ndaw said he would strive for “a stable, calm and successful transition, in the agreed conditions and timeframe”.

“Mali has given me everything. I am happy to be its submissive slave, willing to do everything for it to return to full constitutional legality, with elected authorities and legitimate representatives. The transition period which begins will not dispute any international undertaking by Mali, nor the agreements signed by the government,” he declared.

He also promised to continue a “merciless war” against “terrorist forces and organised crime” and called for a moment of silence to honour fallen troops – Malians, French and UN.