Following several talks to resolve the Mali crisis and return the country to a civilian rule, the Mali military has finally agreed to a 18-month transition government, of which the president would either be a military leader or a civilian. 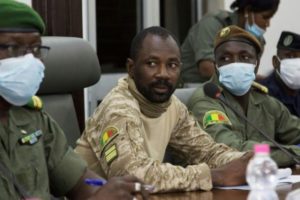 This was announced by the head of Mali’s military junta, Colonel Assimi Goita, who also said as follows, “We make a commitment before you to spare no effort in the implementation of all these resolutions in the exclusive interest of the Malian people.”