The Brazil Government has announced that men and women national footballers will be paid equally. This is a great milestone in the sports sector of Brazil as the country joins Australia, Norway and New Zealand among other nations who pay both men and women footballers equally. 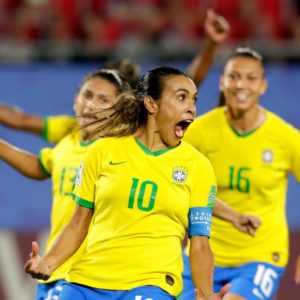 Brazil’s President, Rogerio Caboclo made this announcement when he said, “The CBF has equalled the prize money and allowances between men’s and women’s football, which means the women players will earn the same as the men. It will be proportionally the same as what Fifa proposes for women, that is to say, there will be no more gender difference in remuneration between men and women.”

The new payment schedule will be applied to the teams participating in the Olympics next year as well as the next World Cup Tournaments .

Global Trend Starter, Josh2Funny Reveals He Used to be a Water Truck Pusher!