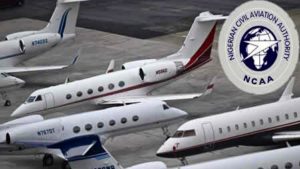 This was disclosed by the NCAA Director-General and Chief Executive Officer, Captain Musa Nuhu in a statement who also said that the government has appointed two new directors to take charge of the Directorate of Airworthiness Standards and the Directorate of Operations, Licensing and Training.

Musa Nuhu also said, “The newly appointed directors, who are aviation professions with several decades of industry experience in their areas of expertise in the aviation industry, are Engineer Kayode Ajiboye for DAWS and Captain Elisha Bahago for DOLT.”

He also said that the restructuring was aimed at repositioning the agency for efficient and effective service delivery. He also added that the restructuring would entrench a robust safety oversight system, in line with the International Civil Aviation Organisation standards and recommended practices so as to resolve the current and emerging challenges facing the industry.