Tributes Pour In For Late Captain Chike Ernest, Pilot of the Helicopter That Crashed in Opebi, Lagos

Following the helicopter crash that occurred at Opebi, Lagos, many have taken to Twitter to celebrate the acts of selflessness the pilot, Captain Chike Ernest exhibited just before the crash. 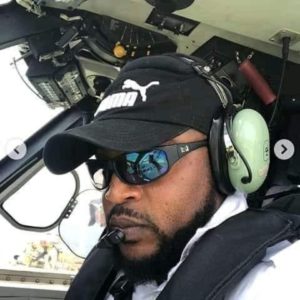 According to witnesses coupled with the tweet of Omoyele Sowore, Captain Chike Ernest decided to minimize casualties by purposefully crashing into a fence and not into residential buildings. It was also reported that he emptied the fuel tank to avoid the helicopter exploding.

Due to this humane and heroic acts, many others have taken to Twitter to celebrate the late Captain with heart-warming tributes. Read some below:

Rest in peace Chike Ernest, your heroic consideration- though not yet appreciated- won't go unrewarded, not by by God and the destinies you preserve by that your selfless gesture. https://t.co/UDExnTJ2Ab

Rest In Peace Pilot Chike Ernest. People say you were a good and caring man.
Reports have it that even while facing death, you were still compassionate and minimised damages.
God rest your soul.
May God's comfort be with those you left behind. pic.twitter.com/midaAnH5d0

Capt. Chike Ernest, you deserve posthumous award, God will grant your family the courage to bear your untimely passage. May your gentle soul rest in paradise pic.twitter.com/fwkwxFq2Gw

Last-minute heroic maneuver by Caption Chike Ernest, the pilot of the helicopter that crashed in Opebi, Lagos, who maneuvered the chopper to safely minimize impact and reduce casualties. Thank you, Chike! Rest in power. pic.twitter.com/pVMebLqUwr

The pilot Chike Ernest deserves a posthumous award for ensuring more lives weren't lost in that helicopter crash. He needs to be celebrated, I just hope he is at peace with God.