Nigerian Bar Association In A Dilemma Over Its Speakers

Days ago, the Nigerian Bar Association unveiled its speakers at its forthcoming Conference, one of the speakers being Kaduna State’s Governor, Nasir El-Rufai. The decision of the NBA to invite the Kaduna State’s Governor was followed by a lot of opposition from lawyers who took to Twitter to announce their intention to boycott NBA Conference, if Governor Nasir El-Rufai’s invitation was not withdrawn. The opposition on Twitter was based on the popular belief that Governor Nasir El-Rufai did not handle the killings in Southern Kaduna properly. 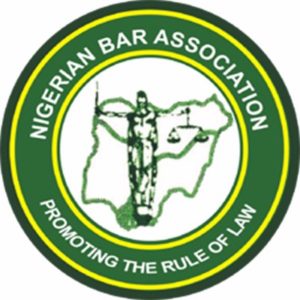 After much pressure, the Nigerian Bar Association succumbed to the wish of most lawyers on Twitter and decided to withdraw the invitation formerly extended to Governor Nasir El-Rufai.

In response, the Kaduna State Chapter of the Muslim Lawyers Association of Nigeria has directed its members to boycott the Annual General Conference (AGC) of the NBA. The Association also submitted that the NBA extending an invitation to Governor Wike while dis-inviting Governor El-Rufai connotes that the NBA has picked a religious side already.

The Vice President of the Association, Abbas Ma’sanwa said during a press briefing, “MULAN Kaduna makes bold to say that lives lost in Batsari, Katsina State far outnumbers that of 8 local governments of Southern Kaduna put together. This isn’t to say MULAN Kaduna justifies losses of lives anywhere ard in any guise. MULAN Kaduna wonders where was the posturing of NBA at the many lives lost in Borno State?

“Without mincing words, the Constitution of the Federal Republic of Nigeria, 1999 precisely, Section 10 states in clear terms that “the Government of Federation or of any state shall not adopt any religion as a State Religion”. We are witnesses to how Governor Nyesom Wike demolished a Mosque and came out openly to say, ‘I repeat once again without apologies, Rivers is a Christian State. That is why nobody can touch us”.

“We believe that NBA NEC deemed these utterances glorious hence the lofty invitation to Nyesom Wike to use cur hallowed platform to propagate his governance inklings and dis-invitation of Governor El-Rufai. MULAN Kaduna Branch believes what is sauce for the goose should be sauce for the gander.”