Former Military President, General Ibrahim Badamasi Babangida (popularly known as IBB) will be celebrating his 79th birthday tomorrow, Monday, 17th August, 2020 and President Muhammadu Buhari has greeted him ahead of his birthday. 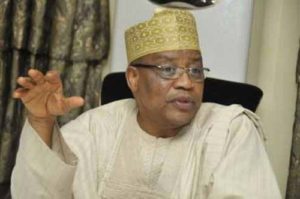 According to a statement by Special Adviser on Media and Publicity to the President, Femi Adesina, the President joins family, friends, and associates to celebrate with the elder statesman in the country.

The statement reads thus, “As the former military leader turns a new age, the President believes his services to the country will always be remembered. President Buhari prays that the Almighty God will continually strengthen Gen. Babangida, grant him good health and longer life.”

General Ibrahim Badamasi Babangida (IBB) served as a military President of Nigeria from 1985 until his resignation in 1993.