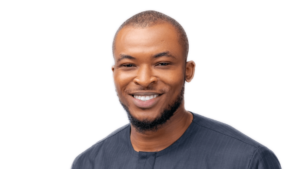 Evicted BBNaija housemate, Eric has revealed that he is fine with being just friends with Lilo outside the house, after their romantic connection in the Big Brother house.

Speaking in an interview With Olorisupergal, Eric states that being with Lilo wasn’t a strategy for him, and what they had was real to him. Since they had a connection they can still be friends even if they can’t take it to the next level because Lilo has probably gone back to her boyfriend.