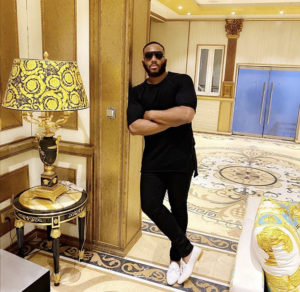 Kiddwaya originally born Terseer Waya is a 27 years old Entrepreneur. He got his first degree from Nottingham Trent University. He also obtained a Masters Degree in Business Sciences from the same university.

Kiddwaya describes himself as a confident, good looking, ambitious, daredevil who is highly motivated and a very productive person who gets irritated whenever he feels that the people around him are lazy.

Terseer Kiddwaya is self-employed; he is the CEO of Valley Agricultural And Foods Company. He is also the co-founder of AK Exports.

He has been choosen as the Deputy Head Of House for week 4 in the Big Brother House By Erica.

Since being in the house Kiddwaya has appeared to be having a romantic affair with another housemate, Erica , and the pair was not subtle with their romantic displays.

The two contestants already have their fans swooning in cupid heaven with different hashtags such as #Thewayas and #Kiddrica on social media.

Kiddwaya is active on social media.

I’m Fine With Just Being afriends With Lilo - Eric