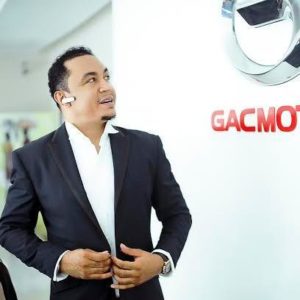 Daddy Freeze has addressed Hushpuppi’s arrest by Dubai police after he was accused on Twitter to have been an accomplice to Hushpuppi’s crimes due to his relationship with Hushpuppi. He referred to a live show he had on Cool FM a year ago, where he called Hushpuppi to discuss his income. He also pointed out that his exclusive interview with Hushpuppi was recorded 8 months ago in Dubai, of which the trip was sponsored by Cool FM.

He also discussed how he met Hushpuppi in 2017 in Dubai when he went for an Infinix phone launch as a special guest. He said that Hushpuppi reached out to him after he tweeted that he was in Dubai, which led to a hang-out where they both discussed Hushpuppi’s job as a social influencer. Daddy Freeze also said that he does not support fraud the appearance of fraud.

You can watch the full video via this link:

Rema Finally Goes For His Next Rated Award Car From Headies

Rema Finally Goes For His Next Rated Award Car From Headies