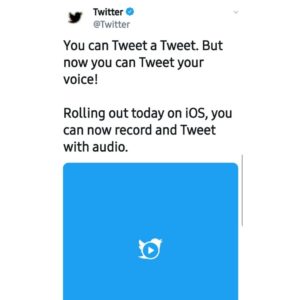 Rolling out today on iOS, you can now record and Tweet with audio.”

How Effective is Online Education in Rural Areas

How Effective is Online Education in Rural Areas