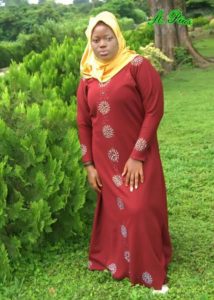 While the world is yet to recover from the rape and gruesome murder of Vera Uwaila Omozuwa, a student of University of Benin, Edo State, another young female student named Barakat Bello has been raped and stabbed to death in Ibadan, Oyo State, by yet to be identified persons

The 18-year-old student of Institute of Agriculture, Research and Training, Ibadan, was attacked and killed while in her parents’ house in the Akinyele area of Ibadan on Tuesday.

Barakat’s sister found her lifeless body behind their home.

Further examination revealed that she was raped before being murdered.

The deceased, who was a member of the Muslim Students’ Society of Nigeria, was buried on Tuesday according to Islamic rites.

DOMESTIC FLIGHTS TO RESUME IN NIGERIA BY JUNE 21