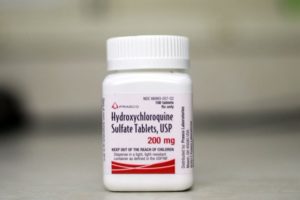 Despite the fact that the World Health Organization has stopped the clinical trials of hydrochloroquine due to the research that says it causes death and heart problems in the users, Nigeria is however still going on with the clinical trials of the same hydrochloroquine. This announcement was made by the Director-General of the National Agency for Food and Drug Administration and Control (NAFDAC), Dr. Mojisola Adeyeye.

Dr. Adeyeye stated that there are proofs that show that hydrochloroquine works on patients, especially those who are at the mild stage of the Coronavirus pandemic. She said, “I do not know the data that they’re looking at, whether it’s from the Caucasian population or from the African population.

“If the data they’re looking at and the reason for suspending the trials is from Caucasian population, then it may be justified. But I don’t think we have data from the African population yet, because our genetic make up is different.

”If medical doctors, research scientists, pharmacists, herbal experts work together, we should conclude the clinical trial in 3-4 months. The narrative might change afterwards but for now, we believe in hydroxychloroquine,” she added.