THE CONFLICT BETWEEN CHINA AND USA ON CORONAVIRUS 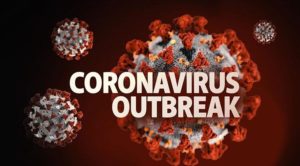 China has been criticized by the United States of America over its handling of the virus especially during the initial outbreak at Wuhan. Although, China was the first to suffer from the virus, but to the United States of America, the virus spread was due to the inability of the Chinese government to manage the initial outbreak due to thier denial and coverups.

The U.S.A has condemned China’s initial ridiculous handling of the virus indicating that China could have prevented hundreds of thousands of death around the world with increased transparency. Although the World Health Organization has explicitly stated that the corona virus is “natural in origin” and it has not received any evidence that supports USA’s claims and criticism that the virus can be traced to the Chinese laboratory.

Since the U.S reported it’s first case in January, it has recorded over 97000 deaths and 1,670,000 confirmed cases the highest number of any country. The administration of Donald Trump and USA economy has experienced devastating losses by this pandemic. Even though the relations between the US and China have deteriorated, I think both sides would rather seek to main internal control rather than seeking help from each other.

Both leaders have traded words over issues related to the pandemic with U.S making claims of cover-ups and lack of transparency by the Chinese govt. All of this has created an obvious rift between the world’s two biggest economies that may take a long while to fix, which also has increased the economic competition and rivalry between the nations.

One of such recent allegations by the United States of America is that China is trying to copy USA Vaccine research. China has however denied this through the tweet of the Foreign Ministry Spokesperson-Director General of the Department of Information, Hua Chunying, which reads thus: “Interesting to hear some US officials talking about the story of vaccine. Is this the normal logic that if anyone has something better than mine, then it must be stolen from me?

For the conflict between the United States and China to be managed properly, then, the United Nations needs to step in and educate both nations on the need to join forces together to beat the pandemic.