CHANGE OF GENDER IS NO MORE LEGALLY POSSIBLE IN HUNGARY 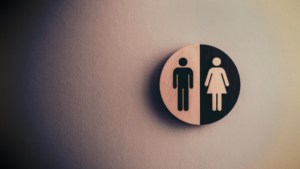 The Hungary Parliament has passed a new law which rules out the legal change of gender in the nation due to the conservative agenda of the Prime Minister, Viktor Orban. This new law provides that gender will now be determined through the biological sex of people based on the primary sex chromosomes in them.

The LGBT association in Hungary has raised a protest to this, explaining that the law will open new waves of discrimination against transgender citizens especially in sectors such as housing, employment, access to justice and others. The association has called that the new law be reviewed at the Constitutional Court.

Not only that, the association has also made several allegations against the Hungarian government; examples of which include rejecting the ratification of a treaty which was aimed at eradicating the cases of violence against women, opposition of the Istanbul Convention party due to its destructive gender ideologies and the new definition of marriage included in the nation’s Constitution which provides that marriage is between one man and one woman.

EXEMPTION OF ESSENTIAL WORKERS FROM CURFEW LAWS: HOW NECESSARY.

EXEMPTION OF ESSENTIAL WORKERS FROM CURFEW LAWS: HOW NECESSARY.