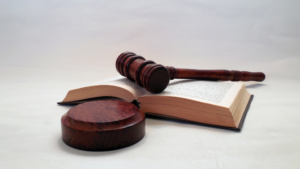 Since the inception of the spread of the Covid-19 pandemic in the country, certain states have effected the stay-at-home measures which has also affected the work of the judiciary in the country. On March 23, 2020, the Chief Justice of Nigeria ordered the suspension of all court sittings for the duration of 14 days; however, judges were still made to sit on cases that were considered as urgent.

This dircetive gave courts a partial lockdown as judges could sit and attend to urgent matters in the interest of justice. This shows the important role the judiciary plays in the society especially when it comes to administration of justice. This important role has made certain courts to invade the technology space and utilize video meeting applications like Zoom for court sessions. One of such courts is the Ogun State High Court which held its maiden online session of two separate criminal cases with case numbers – AB/5R/2020 and AB/19R/2020. The High Court of the Federal Capital Territory has also shown great interest in virtual court proceedings as the Court conducted its first virtual court proceeding on 6th May, 2020.

While some have raised questions about the authenticity of the nature of justice delivered during virtual court proceedings, others have embraced it as they claim it is a new innovation to the courts system which might help in the acceleration of justice. The National Judicial Council has also issued guidelines stating that courts can embrace virtual proceedings when it is needed. Part of the NJC guidelines read “virtual court sittings (alternately referred to as ‘remote court sittings’ or ‘online court sittings’) should be encouraged and promoted by the courts and counsel; the courts should insist on such remote hearings for matters that do not require taking any evidence”.

The virtual court proceedings would indeed be a great development to the courts system in Nigeria, if it is adopted and it will also prevent delay of justice during the pandemic. What do you think about it? Kindly share your thoughts with us in the comment section.