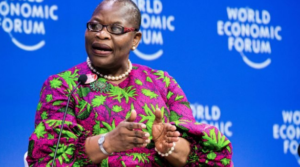 Governor Wike had first issued a warning to hotels to comply with the guidelines issued by the Nigeria Centre for Disease Control; yet, it was reported to the Rivers State Government that certain hotels had flouted the government’s order.

This caused Governor Wike to demolish two hotels in the state for disobeying the lockdown orders in the state. Many have however expressed their displeasure about the demolition of the hotels by the Rivers State Government as they stated that the Governor went too far in his actions.

One of such people who was displeased about the demolition was the Former Minister of Education, Oby Ezekwesili, who said via her Twitter handle, “power in the hands of persons without self-discipline in the absence of social accountability creates monsters in any society”. She also advised owners of demolished hotels to sue the Rivers State Government.

HEALTH WORKERS ARE THE HEROES AND HEROINES OF THIS TIME

CORONAVIRUS ON THE INCREASE AMONG ALMAJIRIS IN KADUNA STATE

CORONAVIRUS ON THE INCREASE AMONG ALMAJIRIS IN KADUNA STATE