THE PLACE OF INTERNATIONAL RELATIONS IN FIGHTING COVID-19 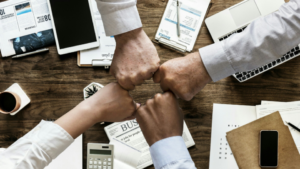 The concept of individualism already started to creep into the existing relationship between countries; as nations began to announce their concerns and plans for their own citizens. For certain nations like the United States of America and Iran, the relationship went sour and the peace and harmony continuously faded away as each nation issued war threats against each other.

While the United Nations was still seeking out options of restoring peace and harmony between the nations, xenophobic attacks hit in South Africa and the attack was meted on Nigerians who were living and also had growing businesses in South Africa. This was met by certain protests against South African companies in Nigeria and the existing relationship between both countries turned sour. In February, 2020, Donald Trump, the current President of the United States of America issued a travel ban which also served as an executive order on certain countries from obtaining any visa that would ultimately lead to permanent residence of which Nigeria was one of them. This was generally perceived as an attack on Nigerians which did not say well about the international relationship of both countries.

However, since the beginning of Covid-19 pandemic among certain nations, it seemed that nations have dropped their individual differences and have pulled resources together in the fight against the Coronavirus pandemic. A recent show of help in the sphere of international relations was the call President Donald Trump put through to President Mohammadu Buhari, promising to send ventilators across Nigeria. Also, certain Chinese doctors who are currently in Nigeria offered their medical help and China offered several test kits across the states in Nigeria in combatting the Coronavirus pandemic.

We therefore hope to seeing a better relationship among nations after the Covid-19 pandemic; as nations are currently been reminded of the strong values that hold a nation together; no matter the super power a nation claims to have.