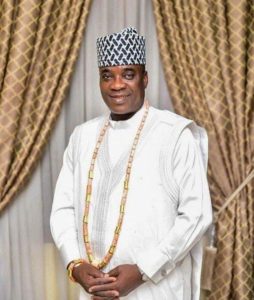 Fuji maestro, King Ayinde Wasiu also know as KWAM1 joined Media personality, Dele Momodu on Instagram Live on Sunday night and they had a discussion about the rumor of his alleged affair with the last wife of the Alaafin of Oyo, Ajoke Adeyemi.

It was rumored that Olori Ajoke had been kicked out of the palace over her alleged affair with the veteran musician, KWAM 1.

After which KWAM1 released a statement denying the allegations and also vowing to seek legal redress.

The fuji singer stated that it would be a taboo for him to even think of having an affair with the Olori. He said he has little or no contact with any of the Oloris of the 80-year-old monarch.