CHIOMA REVEALS THE SECRETS BEHIND HER HUGE BREASTMILK PRODUCTION

Producing enough breast milk is one of the challenges that many new moms go through. While some don’t have difficulty in producing enough milk for their children, some have to eat various foods to be able to produce.

For Chioma Rowland, Davido’s fiancée, producing breastmilk comes with ease, although, she still eats some food to aid the production of as many as she wants.

Taking to her Instastory, Chioma shared some foods she eats that aids the production of breast milk. She also shared photos of bottles of milk that her son takes, noting that she produces as many as 4 of them.

Read what she wrote below: 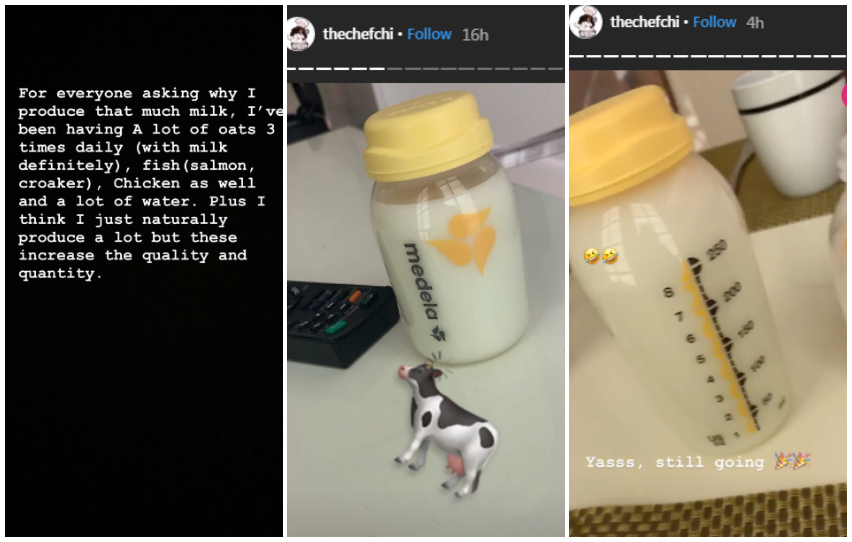