IS COMMUNICATION TAX THE LAST RESORT 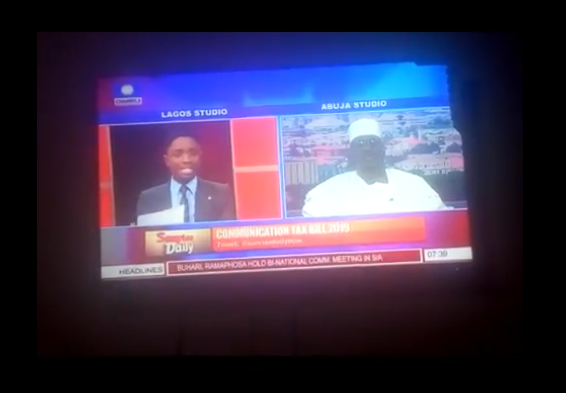 Nigeria is in a revenue crisis and the government is looking to create revenue to fund the nation’s expenses. As a result, the government is proposing to increase Value Added Tax (VAT) from 5% to 7.2%. This proposed increase has been widely criticised by Nigerians both locally and from the diaspora. While a few economic analysts have come out to explain that the tax will not affect the poor masses but only the rich who can afford luxury items. This view has been criticised by some analysts as well as social commentators. Among the critics of the VAT increment is Senator Ali Ndume.

Senator Ali Ndume recently sponsored a Communications Tax Bill which he believes should take the stead of the VAT. It is indeed highly commendable that the Senator has the welfare of the common masses at heart. At least, the Senator claims that his disagreement with the VAT is because the tax increment will affect the over 200m NIgerians, that is both the rich minority who may not feel it and the poor majority who will bear the brunt. Following this, the Senator came up with the Communications Tax Bill.

What is pretty interesting, at the same time confusing, is the rationale for the proposed bill. The senator believes the Communications Tax Bill would only affect the rich minority and a little part of the poor majority. Examining this with reference to data from NCC, there are 173m active mobile lines in Nigeria as at June 2019. The senator who in a recent discussion on Channels TV opined that there are only about 60m mobile subscribers, thus, argues that this number of people should be taxed instead of the whole 200m NIgerians who would be affected by the VAT.

Following his logic, the mobile users in Nigeria are not poor. He believes that an average Nigerian who has a phone should be taxed because they can afford to pay. It is also hilarious that the Senator believes it is discretionary. In this century, the use of telecommunication services is as necessary as feeding. People make a living from telecommunication services. Please someone should inform the Senator that a majority of the citizens are poor. In this case, the logic that the poor will not be affected is flawed.