The President of South Africa; Cyril Ramaphosa has deployed a special envoy to selected African countries, after the humiliation he received at the national funeral of ex Zimbabwean President; Robert Mugabe.

During his condolence speech at the event, he apologized for all the wrongdoings reported of South Africa, assuring that measures were being taken to put an end to it. 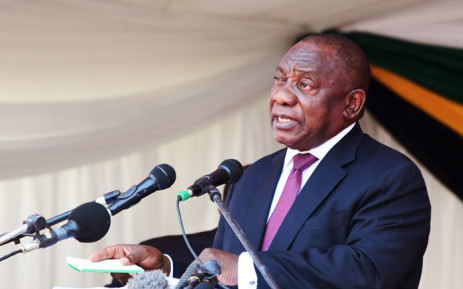 In an official statement released on official website of South Africa’s presidency, it read;

“A team of Special Envoys appointed by President Cyril Ramaphosa have begun their assignment yesterday, 14 September 2019, and departed South Africa to deliver messages of solidarity to several Heads of State and Government across Africa,” the statement said.

“The Special Envoys will deliver a message from President Ramaphosa regarding the incidents of violence that recently erupted in some parts South Africa, which have manifested in attacks on foreign nationals and destruction of property.

“The Special Envoys will brief governments in the identified African countries about the steps that the South African government is taking to bring a stop to the attacks and to hold the perpetrators to account.”