From an Adweek recognition to an NIMM induction, Marketing Communications Guru’s Steve Babaeko and Ayeni ‘The Great’ Adekunle are constantly on a quest to make Nigeria proud. The marketing pair recently got featured in the September edition of the popular business magazine; Forbes.

Nigerian CEO and Chief Creative Officer of leading, marketing agency X3M ideas Steve Babaeko is an advertising & music executive, who along sides being the only Nigerian to be recognized on Adweek’s Top 100 creatives in the world, is also the Vice President of the Association of Advertising Agencies of Nigeria, AAAN and the first Nigerian to serve as 3-Time jury for The New York Advertising Festival. 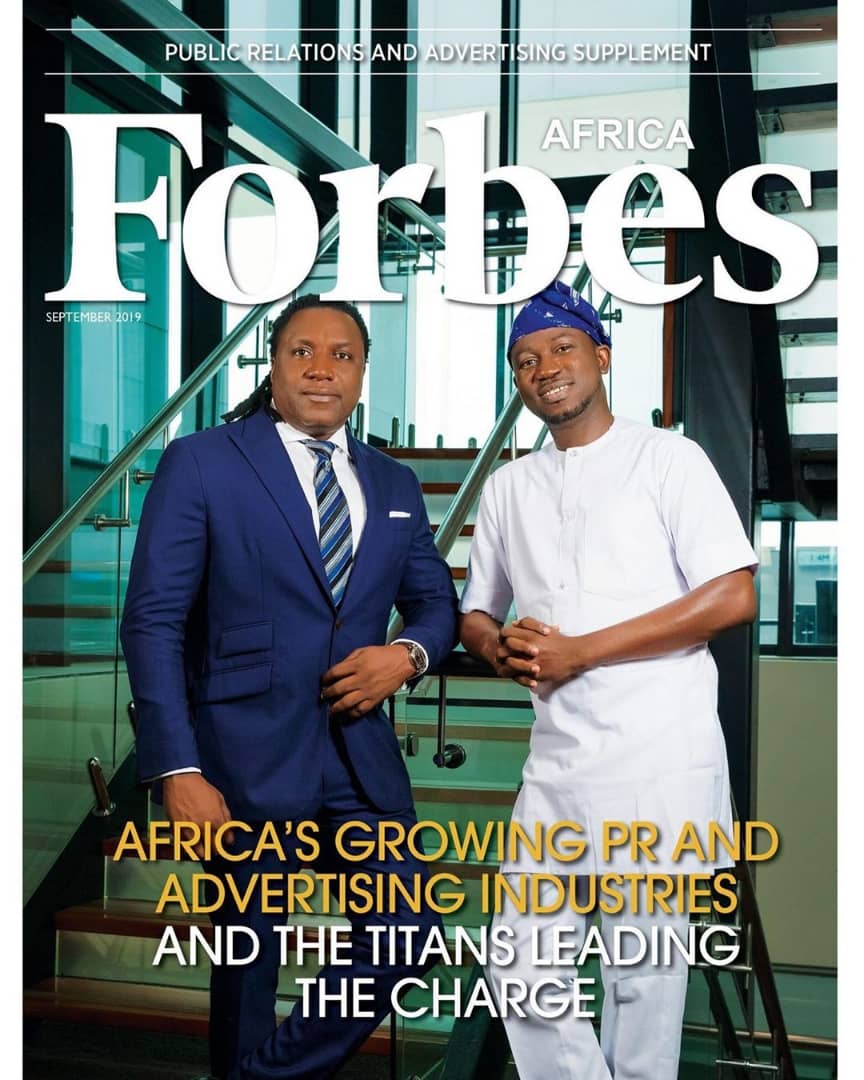 Also the cover was Nigerian public relations practitioner, journalist, a trained scientist, and businessman Ayeni Adekunle. The Advertising thought leader who is also the founder of Black House Media, IDafrica and Plaqad inc is a highly awarded CEO who led BHM to win the Lagos chapter of Nigerian Institute of Public Relations 2017 and 2018 award for PR agency of the year.

The September edition of Forbes Africa speaks on Africa’s PR and advertising industries while highlighting the many works of both Ayeni Adekunle and Steve Babeko which has contributed greatly to the growth of the advertising industry in Nigeria.

Nigerians all around the world are glad to see two of our own be recognized for their many notable contributions to the Marketing and communication sector of the country.

It should go without saying but huge congratulations are due for the two kings of marketing.