Super Eagle’s captain, Mikel Obi’s World Cup jersey has been added to FIFA museum collection. This was announced via its official Twitter handle. This is a wonderful milestone for Mikel.

According to FIFA museum, Mikel Obi’s World Cup jersey which was added to its collection was the one the footballer wore the day the Nigerian national team defeated Iceland in its world cup campaign. 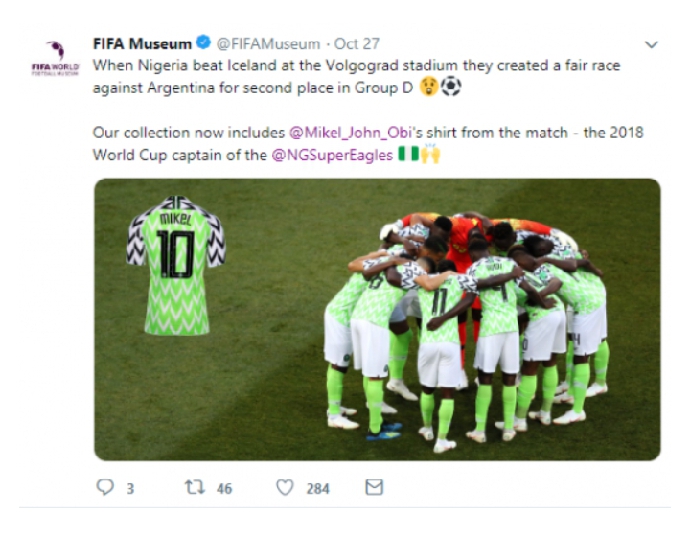 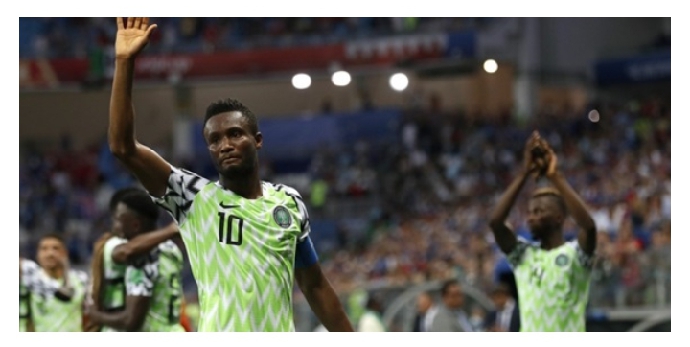 Argentina couldn’t claim three points against hardy newcomers, Iceland, but the @NG_Supereagles did – n they did it in style . The jersey worn by @Mikel_John_Obi at Nigeria’s 2-0 victory at the Volgograd Arena at the 2018 World Cup has been added to the FIFA Museum collectn”.