Eight Reasons Why Felabration 2018 Is The Best Place To Be This October!!!

The Annual festival that celebrates the life and times of Fela Anikulapo Kuti is here again and it’s no other than “The Felabration Concert”. A festival that would forever continue to ring a bell in the history of Nigeria’s Entertainment and Music Industry. It is a yearly event which always welcomes grade a guests, tourists, and people of calibre in the political, economic and social sector and from all walks of life across different countries where they all come together to enjoy, relax, chit chat about the times, lifestyle, music,and memories that the late legend brought to Nigeria as a whole.

Felabration is an annual music festival conceived in 1998 by Yeni Anikulapo Kuti in memory and celebration of her Father Fela Anikulapo Kuti, a Nigerian musician and human rights activist known for pioneering the afrobeat genre of music.

The event which is yearly and proudly sponsored by the only full brewed stout in Nigeria from the stables of Nigerian Breweries Plc, Legend Extra Stout has in place took another interesting turn/way of ensuring that this year’s Felabration event will be a one of a kind experience concert as it would also be featuring musical performances from top music acts from Nigeria and guest appearances from internationally acclaimed musicians and personalities. 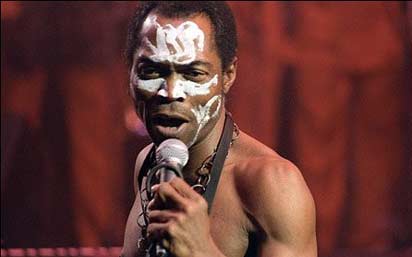 Here’s a sneak peek into The 8 Amazing Things To Expect From The Unique Festival This Year. You Wouldn’t Want To Miss At This Years Felabration Event:

This year’s Felabration 2018 event promises to be a memorable and bigger experience as guests, celebrities from all over the world will grace the event.

Felabration annually attracts the best local and international acts, from all corners of the earth. At the festival, there is usually a collection of spectacular talent, creativity, and musical vibrations. The festival has over the years attracted various artistes like 2baba, Asa, Femi Kuti, Lucky Dube, Awilo, Baba Maal, King Sunny Ade and Lagbaja. Felabration 2018 will not be an exception as Femi Kuti, Seun Kuti, Adewale Ayuba, Davido, Adekunle Gold and DJ Jimmy Jatt are lined up to thrill guests over the course of the week. Also, Sauti Sol, Bez, Kiss Daniel, Niniola, Koker, MC Galaxy, Viktoh, QDot, Terry Apala, Brymo, Jaywon and Dotman amongst others, have also been confirmed to take the New Afrika Shrine stage. 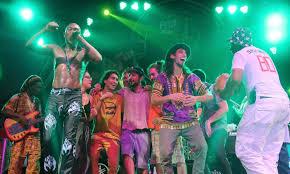 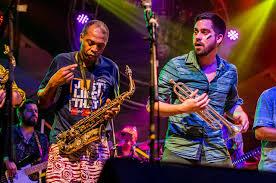 This years Felabration 2018 will showcase the artistic styles, designs and aesthetic beauty of the late legend Fela about his lifetime, his unique and stylish mode of dressing, his stage performance and creative display of his dance to his music

Tourist From All Over The Universe

This years Felabration 2018 will also witness tourists from all over the world celebrate with the Late legend as his style of music during his time was a globally accepted music that influenced a lot of people regardless of the background. 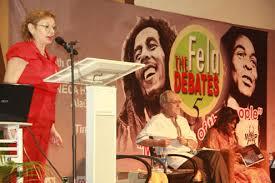 As we all know, Felabration is a weeklong festival and in the course of the week, various events will be taking place. The events are designed to educate and entertain the participants and ensure that the week is a memorable one as an interactive debate session would also unfold at this years Felabration 2018 event which will be centred around the late legend, his lifestyle, music and his message he communicate through his music.

Amazing Gifts To Be Won

Let’s not forget there is gonna be lots of mouthwatering prizes to be won at this years Felabration 2018 courtesy of the only full brewed stout, Legend. Trust me when i say you can’t afford to miss this event for anything in the world. Legend is giving away Generators, LED TV, Fridges, Cash, T-Shirts to mention a few.

The weeklong event promises to be a season of excitement and entertainment, as Legend Extra Stout, the official stout sponsor of Felabration will bring its Real Deal Experience to Felabration and it’s going to be nothing like you have ever experienced before.