ALPHA, IDAHAMS, ICHABA, DWILL AND OTHERS TO HEADLINE OCTOBER EDITION OF THE BASEMENT GIG

Share on FacebookShare on Twitter
The Basement Gig, a monthly music concert which showcases the finest new and emerging music acts, is geared up for the October edition on October 18th 2018 as the vibe returns to The Freeme space, Ikate Elegushi Road, Lekki, Lagos.
This edition promises to be a fascinating and exciting one with thrilling performances from headliners; Alpha Idahams, Dapo, Dwill, Abstrakt, Ichaba and Fresh L.
The Basement Gig October edition would also feature Discovery acts of the month, Deena Ade and BarelyAnyHook to add to the fun. 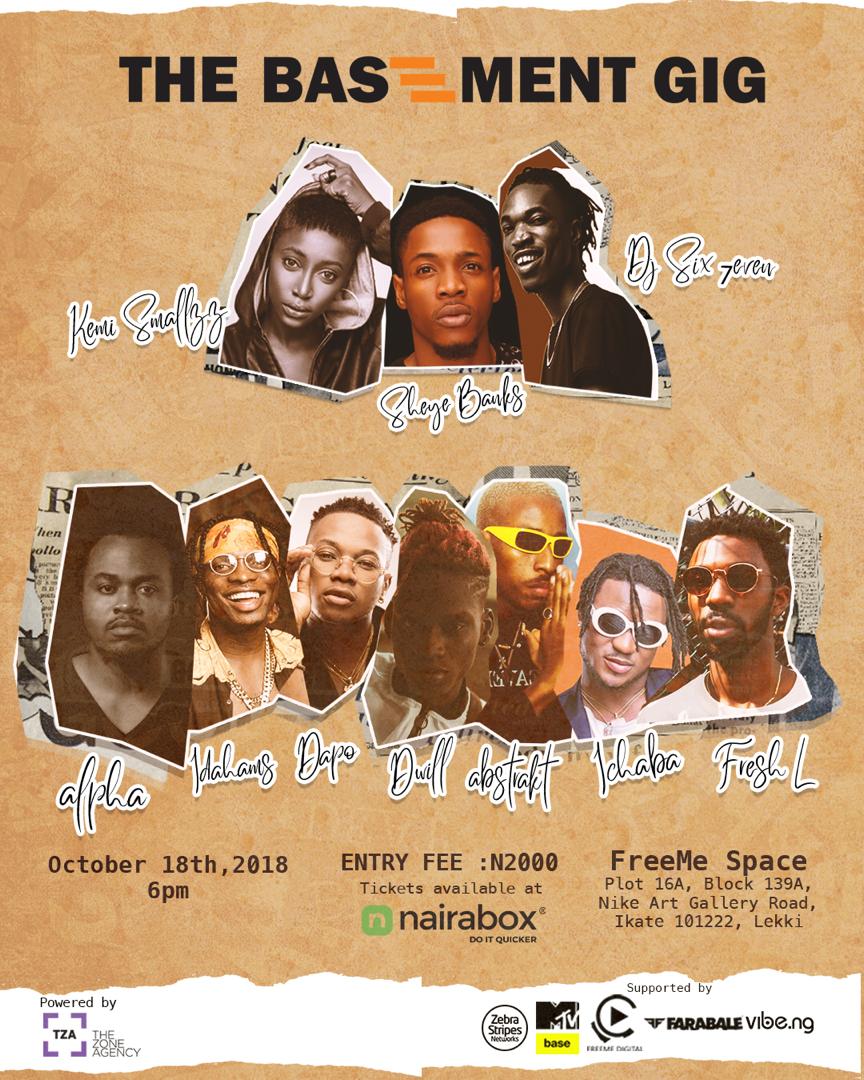 With over 20 successful editions, The Basement Gig has had performances from industry legends & emerging acts like MI, Skales, Dapo Tuburna, Teni, Koker, Skibii, Dapo Tuburna, Bella, Attitude, and Deshinor  to mention a few.
The show will be hosted by the official chaperone of The Basement Gig and Cool 96.9FM OAP, Kemi Smallzz , co-hosted by Kiss fm 98.9 OAP Sheye Banks. The official DJ for the night DJ Six7even will be playing as well.
Come experience a night of unlimited fun, networking, with food & drinks from amazing vendors, and a great selection of music across all genres.
The Basement Gig is an initiative of The Zone Agency and supported by Zebra Stripes Networks, MTV Base,  Farabale Africa and Vibe.ng.

Over 4,000 Children And Their Families Attend Nickelodeon’s Nickfest In Lagos