TYLER PERRY REMEMBERS HIS MOTHER WHO DIED 9 YEARS AGO

World reknowned American actor, playwright, songwriter and filmmaker, Tyler Perry has remembered his late mother, Willie Maxine Perry, who died about 9 years ago. He took to Instagram to share an old picture of the lady with the caption:

” I was 6 or 7 years old. We were driving in the car, and you saw a Jaguar on the road. You told me how pretty you thought the car was, and I told you that I would buy it for you when I grew up. You just smiled and said, “ok baby.” About 30 years later I brought you up on stage and gave you the keys to that car for Mother’s Day. You were so happy that day! Maybe it was Aretha’s funeral, sitting for hours in front of a casket that was just like yours, or maybe it’s because I spent some time with a friend’s mother on her death bed. Whatever the reason, today grief came in a wave. So I’m gonna go drive your car and put on your favorite Z. Z. Hill record and sing at the top of my lungs. I’m gonna remember the good times until this wave passes. You’re forever with me. I love you Mamma. Willie Maxine Perry 1945-2009″. 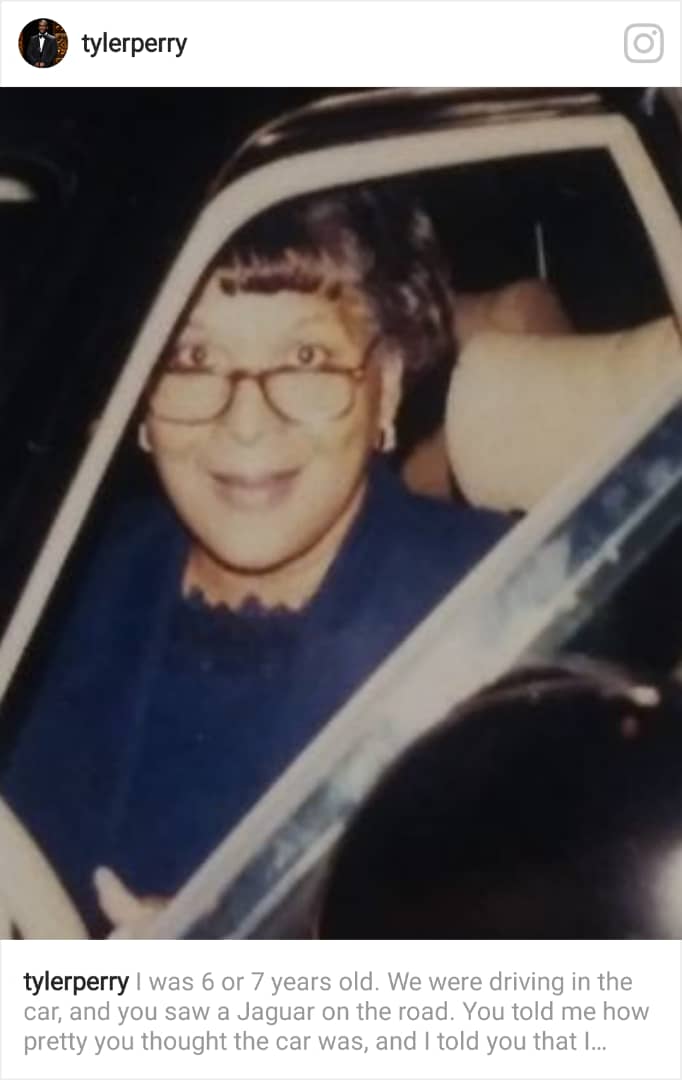 How to become a social media influencer