Aituaje Iruobe known as WAJE ( acronym for “Words aren’t just enough”), is a year older today. The Nigerian singer who is known for her vocal range which covers three octaves has released and featured in several music videos. She was featured on Banky W’s “Thief My Kele” and M.I’s “One Naira” and in 2016, she was one of the four judges in the inaugural season of The Voice Nigeria. 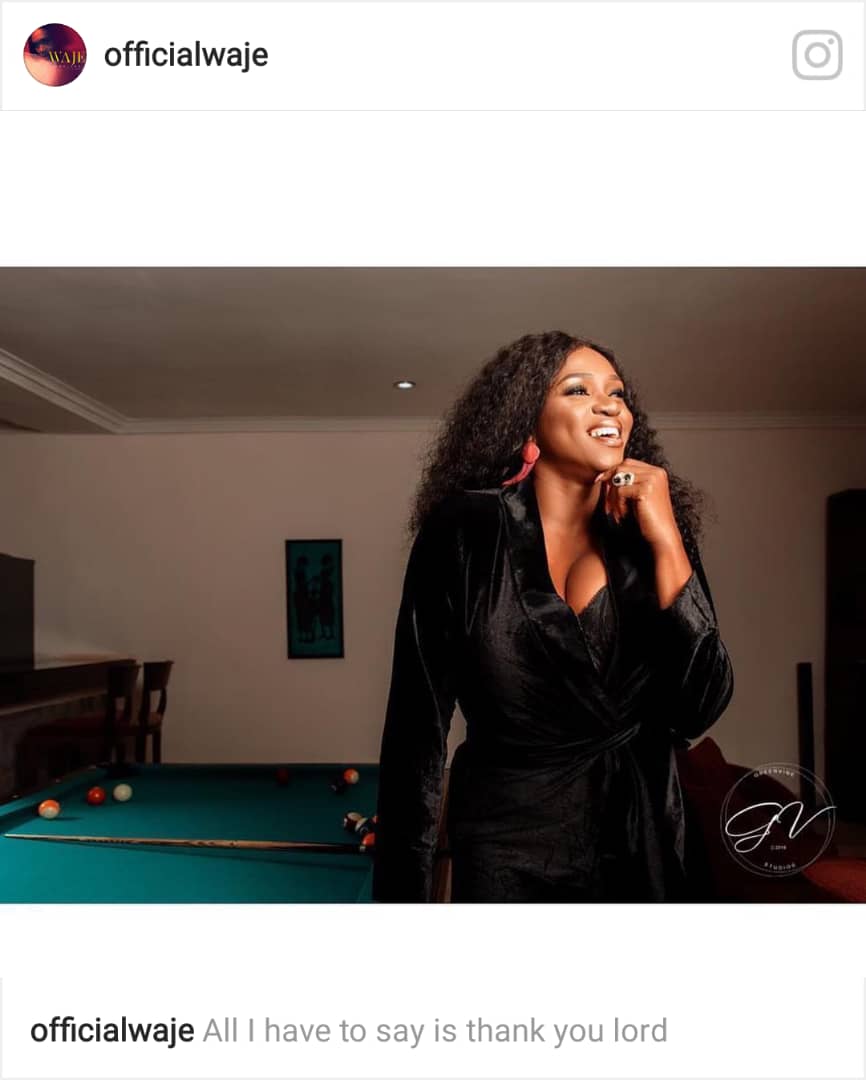 Some of her awards include, Flop Vocalist of the Century, best new act Nigerian music video awards 2009 and Dynamic awards 2009 , best vocals at hip-hop awards 2018, City people awards 2018, best pop, best r&b Nigerian entertainment awards 2011 and many more.
The mother of one is known for her uniqueness, cheerful nature and vocal ability. Happy birthday to a wonderful singer, Waje.