Sprinter, Usain Bolt is set to make his professional football debut this Friday in a much-hyped game in the Australian A league.

The Jamaican will likely be handed a cameo appearance for Central Coast Mariners in a friendly as he battles to gain fitness before the start of the season. 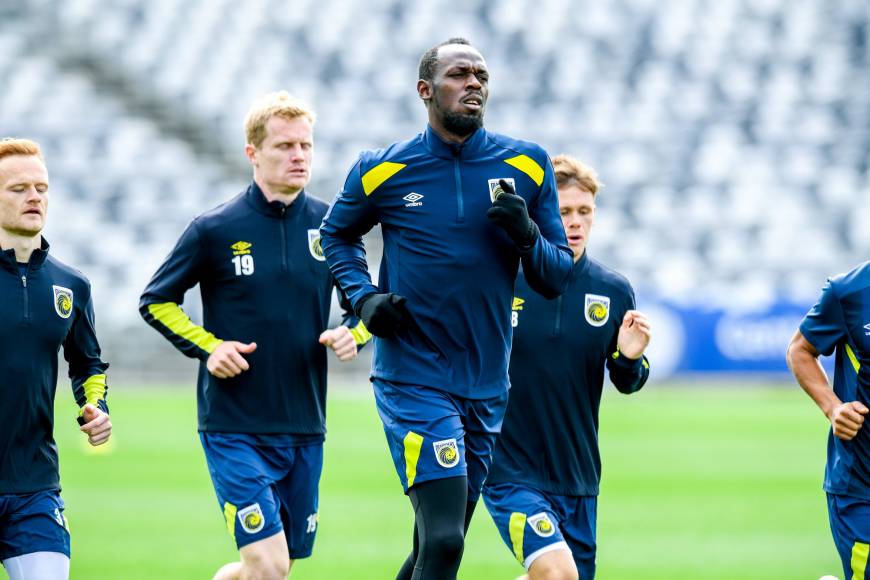 The team that came last in the Australia’s league last season are the first to give the Jamaican Superstar a chance after the Olympic winner,’s many trial with other professional teams, including Borrussia Dortmund fell through.

The game has created a huge buzz, unusual for the Coast Mariners, so much that the game will now be broadcast live on pay tv and over 10,000 fans are expected at the stadium.

The club now plans on shooting fireworks to keep the fans entertained before the introduction of Bolt.

A local paper is also planning on distributing 100,000 cardboard cut-out face masks of the eight-time Olympic winner for fans to wear on the day.

Bolt feels the whole thing feels a bit unusual for him.

“I think that will be a bit weird, but not too weird,”

“I’ve seen a little bit of that in track and field. But it will be something new to play the first game and see that.”

“There will be nerves, definitely. It’s not like a charity game anymore, this is a career I’m pursuing,”

“I expect to make mistakes, but I also expect to go in, make myself proud and push myself.”

“He doesn’t have football fitness, which is natural. We have not brought him in and said you have to do this and do that by this time,”

“For this Friday, it comes down to what the fitness coaches tell me with regards to how his body’s coping with the loading we’ve got at the moment.