A vintage propeller-driven plane crashed into a mountain in Switzerland claiming all lives of 20 passengers and crew members. This is coming few hours after another Alps crash killed a family of four.

The plane, 79, a Junkers JU-52, crashed above the ski resort of Flims on the 3,000m tall mountain of Piz Segnas on Saturday evening. The flight was returning from a trip to the country’s Ticino region when it crashed, 50 minutes after take off. 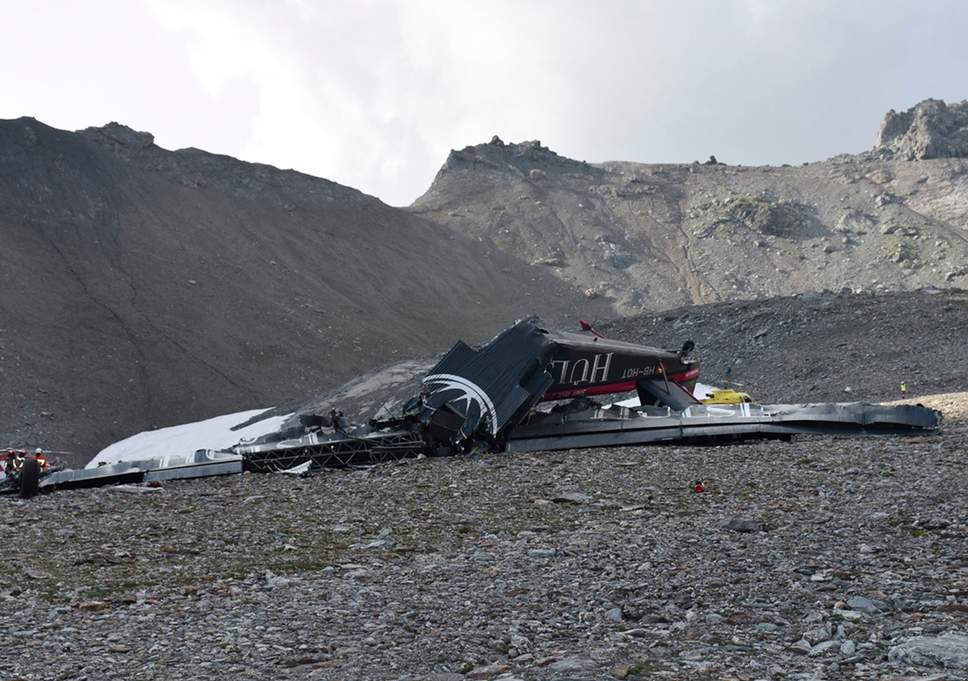 Parts of the area, a glacier popular with skiiers and hikers, were closed to the public with officials saying recovery work would take a few days.

According to police, uncovering what had happened would be “relatively complex”, as there was no distress call from the pilots before the crash and the plane had no “black box” – the crash-resistant flight recorders on modern planes.

“We can assume that the aircraft hit the ground near-vertically and at relatively high speed,” Daniel Knecht of the Swiss Transportation Safety Investigation Board said at a news conference in Flims.

Mr Knecht disclosed them at there were no signs of it breaking up or being in flames before the crash, and it does not appear to have collided with another aircraft or wire or obstacle, and there is no suspicion of foul play at present.

He also discounted the plane’s age as a factor, saying: “Older planes, if they are correctly maintained, can be operated safely.”

Chief executive and co-founder Kurt Waldmeier said: “Yesterday was the worst day in the 36-year history of JU-Air. We have all suffered a very great loss.” Waldmeier added that the planes were “flown exclusively by very experienced professional pilots, and strictly checked and maintained by our own technicians.”

Both pilots, aged 62 and 63, had many hours practice on the JU-52 and had worked as Swiss military and airline pilots.

Passengers on board includes nine women and 11 men aged between 42 and 84. The 17 passengers and three crew members were mainly Swiss nationals, as well as an Austrian couple and their son. Their details have not yet been released.