Moments after taking off, a passenger plane carrying 103 passengers and crew, crashed in the capital of Mexico’s Durango state.

All passengers and crew on board the Aeromexico flight survived the crash leaving 97 persons with injury.

According to state governor José Rosas Aispuro, the plane was hit by a gust of wind, which caused a sudden descent. Its left wing then touched the ground and two engines came off.
Most of the passengers were able to walk away before it caught fire. 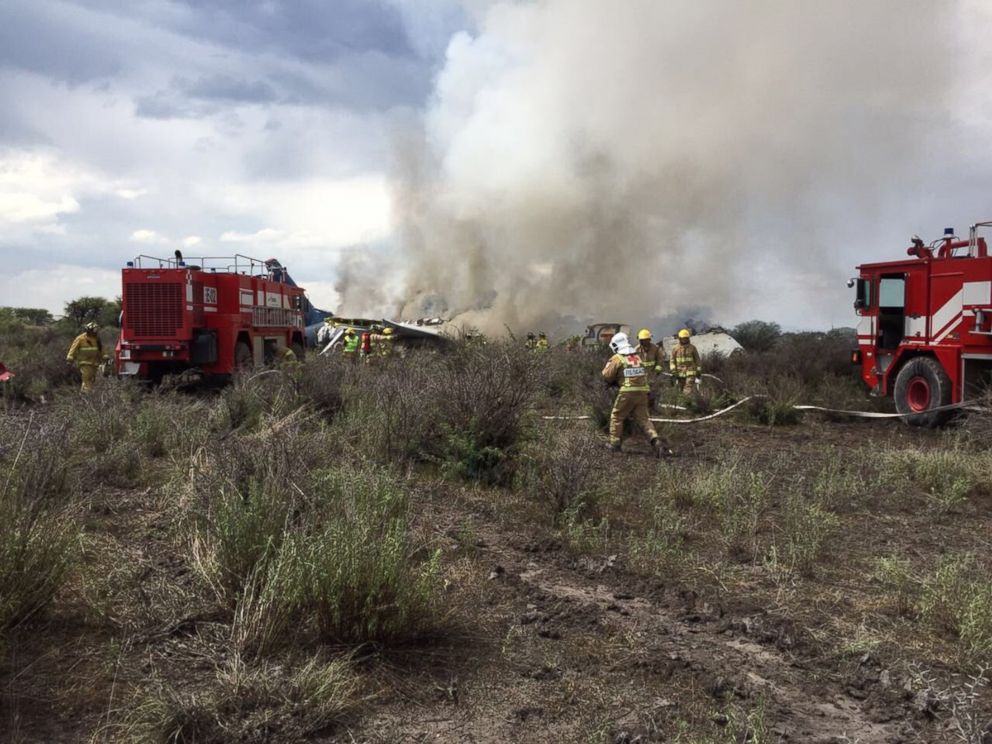 Aeroméxico flight AM2431 was flying from Guadalupe Victoria International Airport in Durango to Mexico City when it crashed at around 16:00 local time (21:00 GMT).
Governor Rosas disclosed that two children were also on board – bringing the total to 103.

Officials said the pilot is one of two who were seriously injured. He’s in a stable condition but needs an operation on his spine. A young girl also sustained burns. 97 other persons sustained very light injuries and are already taken to hospital for further treatment.

Passengers explained the terrifying moment. Jacqueline Flores described the moment she knew something was wrong.
“When we were already aloft, up high, it felt like the plane was going to level out but just then it plunged to the ground.
“I think we fell back on the runway because it was a hard surface, then we skidded on the ground until it stopped.
“I undid my seatbelt and saw flames, and realised we had to jump. There was a hole right next to us where the plane had broken up. I told my girl, ‘We have to jump over here’, and we jumped,” she added.

A local politician on board the flight, Rómulo Campuzano, explained that he had been “very lucky because I was able to get out by the main door”. He said the door had been torn off and was lying next to the plane “acting as a ramp”.
“I walked away from the plane, turning around to see if the other passengers were getting out, too. It started raining very hard and I think that helped put out the flames,” he said.

Evacuation slides was deployed shortly after the crash allowing those still on board to leave the plane safely before the flames spread.

Aeroméxico airline has a good safety record. Its last deadly accident was in 1981, when 32 people were killed when an Aeroméxico plane crashed on landing in northern Chihuahua state.

Aeroméxico has expressed their regret at the accident, while Brazilian plane company Embraer said they had sent a team to the crash site.